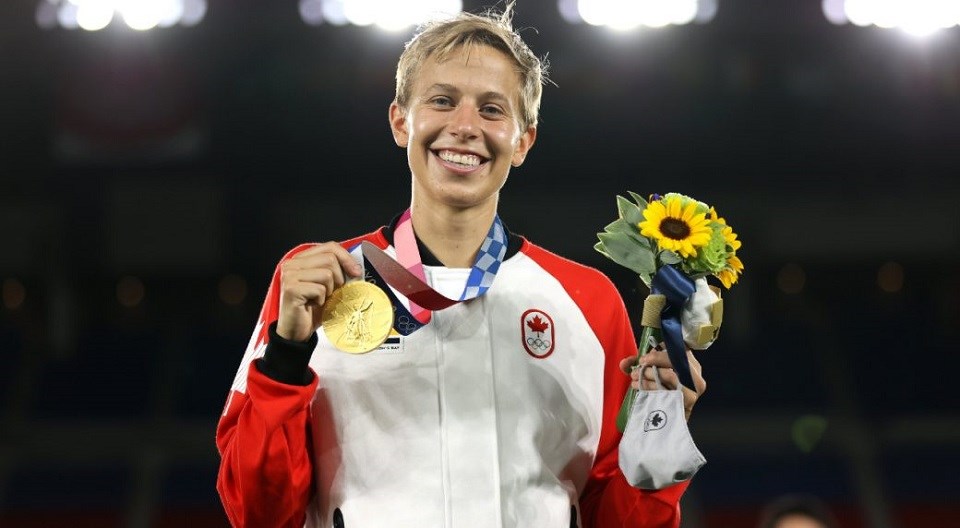 Quinn, an Olympic gold medalist at the 2021 Tokyo Olympics, has witnessed how this country wholeheartedly embraces the sport.

For the first time in 36 years, Canada’s men’s soccer team will embark on a World Cup campaign, but this time it feels a little different.

Quinn, an Olympic gold medalist at the 2021 Tokyo Olympics, has witnessed how this country wholeheartedly embraces the sport. On Tuesday, November 22, they explained how Canadian football culture has developed in recent years in an interview at In depth with Donnovan Bennett.

“This is an exciting time for Canada. Over the last few years, soccer has really grown across the country,” Quinn said. “You see a new excitement around football, and having guys compete on the world stage is just another level of that.”

Quinn, the first out, transgender, non-binary Olympian, touched on several topics during the interview, including discovering the ‘why’ that motivates them, setting an example for others as a transgender athlete, and the potential of women’s leagues in Canada, following a recent example. of the Canadian Premier League for men.

“There is a big question of ‘why isn’t there a league yet’ when you look at the global landscape of women’s professional sport,” they said. “But I think there’s so much interest and I think it’s moving in the right direction.”

With the highlight moments in Canadian football accumulating – including an improbable men’s World Cup qualification and women’s Olympic success – the culture in this country is constantly evolving.