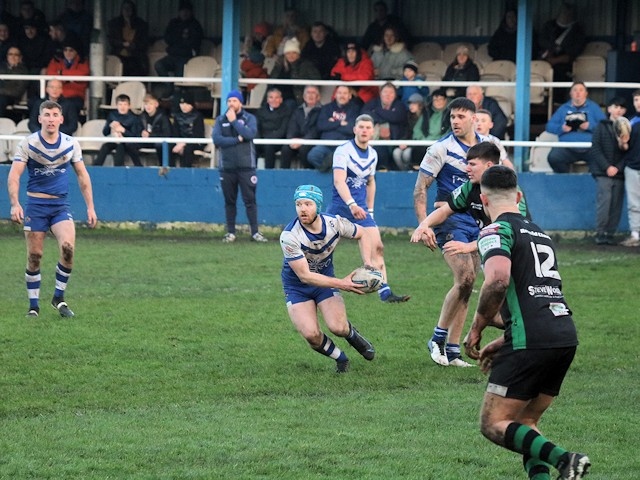 Rochdale Mayfield kick off their NCL Premier division season on Saturday (March 5) with a visit to York Acorn.
Team York are starting their first full season in the division since their promotion in 2019 so going into this game there are a lot of unknowns.

Mayfield, under the direction of Sam Butterworth and Steve Wood, is ready to come out and teach them a lesson. After a patchy run in the last competition, Butterworth’s side had a great pre-season, reaching the third round of the Challenge Cup and playing some great rugby along the way.

It will be a different Mayfield team taking to the pitch today with Liam Donnelly having returned to Australia. Si Moore is out through injury and Shaun Hurley and Rob Kershaw are both suspended.

On the plus side, Butterworth has some new players to reveal and a few players who are back making it an overall strong team that will take to the pitch for this first game.

The coaches are preparing the players to be better with the ball in attack and to keep the same intensity in the tackles while defending. Challenge Cup matches are an ideal preparation for the season as all matches in the competition are played in high spirits as the teams seek to qualify for the next round.

Continuing that wish Butterworth wants his team to treat this match as a cup final, knowing how important it is to get all those important first wins under their belt. A good start to the season could be crucial in the future when it comes to the play off spots and that is exactly what Mayfield was aiming for before kick off.

For the first time in a while Mayfield will field a team full of overseas players, with Australians Darcy Maroske and Daniel Dean, plus Kyle Marvin of Canada already settled in and preparing to leave while another Australian Jarred Dash hopes to arrive in time. included in the team.

Mayfield chairman Neil Ramsden is thrilled at the prospect of seeing these players in action today and for the rest of the season. He said: “We have seen these players online and they are quality players. They have all contacted us individually with a view to coming and we are happy to give them a chance.

“Sam and Woody have been working to prepare the team for this season and having these players just makes things easier for them. They are all looking forward to doing what they want, helping Mayfield take the division by storm and the play offs are at least what we are looking for. with this team.”

Sponsors for this game are Health E Hut eating and New Bridge Chippy from Castleton.

The North West Men’s League (NWML) team is also in action on Saturday afternoon with a trip to Halton Simms Cross. The NWML team is playing in the 3rd division this season under the tutelage of Andy Reid and Craig White once again. This is a very young team made up mostly of Under-18 players. They had one outing where they were very unlucky not to beat Higginshaw’s experienced team. Reid and White expect big things from these players and hopefully this weekend will be the start they hoped for.