Rows of Western Economic Sanctions to Russia After Attacking Ukraine 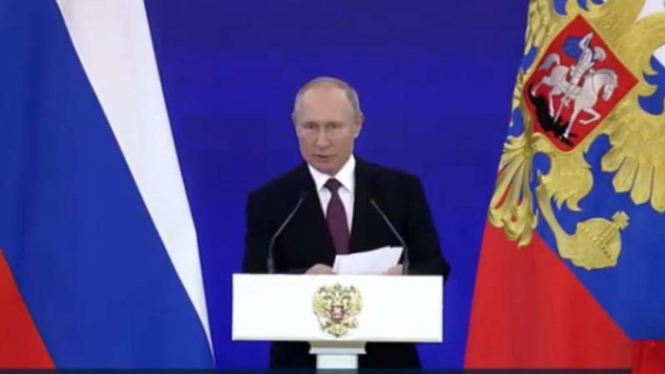 Reported from Al JazeeraThursday, February 24, 2022, not only that, other sanctions threats have also been prepared if Moscow continues and launches an all-out invasion of its combat troops into its neighbors.

The US, European Union, UK, Australia, Canada and Japan sanctions target banks and wealthy individuals, while Germany will stop a large gas pipeline project from Russia.

The move, accompanied by the repositioning of additional US troops to the Baltic states on the eastern side of NATO bordering Russia, after Russian troops entered rebel-held areas in eastern Ukraine.

In addition, the sanctions were also imposed after President Vladimir Putin said he had recognized the independence of Donetsk and the Luhansk separatist region in defiance of US and European demands.

Tanks belonging to the Russian army on the Ukrainian border