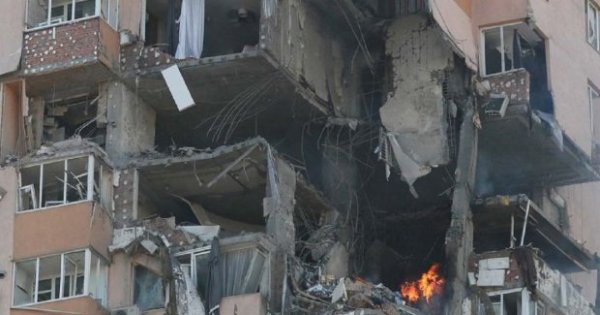 Russia pounded the Ukrainian city of Vasylkiv, southwest of the capital Kiev, with several missiles. This causes the oil depot to catch fire.

“The enemy wants to destroy everything,” said local mayor Natalia Balasinovich in a video posted on the internet. ReutersSunday (27/2).

Authorities asked residents to be careful with toxic fumes.

Pro-Russian separatists in Ukraine’s Luhansk province said early Sunday that an oil depot had exploded by a Ukrainian missile in the city of Rovenky. “It triggered a huge explosion,” officials said.

The Society for Worldwide Interbank Financial Telecommunication or SWIFT is a high security network that connects thousands of financial institutions around the world. It is a messaging system that allows banks to move money quickly and securely, supporting trillions of dollars in trade and investment flows.

The exit of several banks from SWIFT is seen as a very severe financial penalty, because it is at the heart of the banking system. These sanctions restrict Russian banks’ access to global cash flows, making it difficult for businesses to export or import, or to finance themselves from abroad.

“These sanctions will ensure that these banks are cut off from the international financial system and jeopardize their ability to operate globally,” said a joint US and European statement released by the White House. CNN InternationalSunday (27/2).

They said that only a select number of banks would be excluded from SWIFT. However, their names were not mentioned.

In practice, a US attorney told Reuters that being kicked out of SWIFT did not bring the transaction to a complete halt. “It makes transactions much more difficult and increases costs significantly,” he said Sydney Morning Herald.

“You need a functioning banking system for the economy to work,” said one analyst. “This leads to a weakening of the Russian economy.”

The US and Europe are also preparing sanctions targeting Russia’s central bank. Meanwhile, Russia has built up the world’s fourth largest foreign currency reserves with a value of more than US$ 630 billion.

However, several sources say that no final decision has been made. “The structure of the sanctions being discussed is not yet clear,” said the sources.