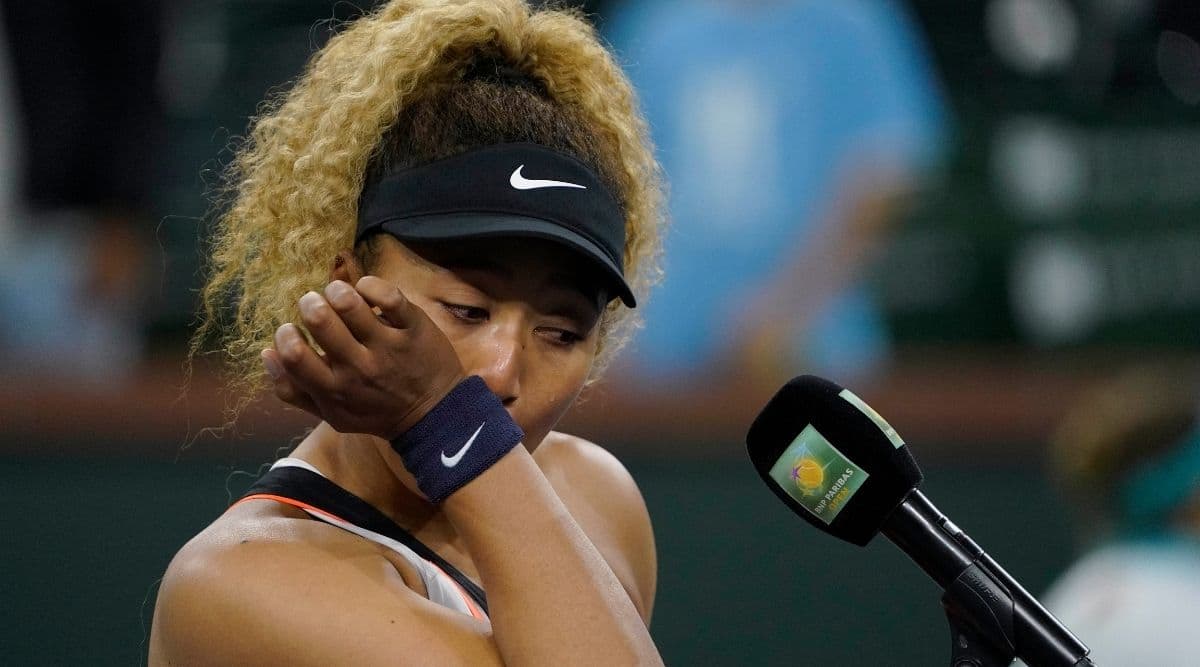 Naomi Osaka was struck by a boos early in her second-round clash against Veronika Kudermetova on Saturday and never recovered as she fell 6-0 6-4 at Indian Wells.

After being broken in the first game, a fan shouted “Naomi, you suck” and Osaka was later seen wiping her tears.

After the match, the 2018 champion of the event spoke to the crowd on center court, saying the incident reminded him of when Venus and Serena Williams were booed at the tournament in 2001.

“I’ve been booed before and it didn’t bother me that much,” said Osaka, holding back tears.

“But being made fun of here. I’ve watched a video of Venus and Serena getting teased here and if you haven’t seen it, you should watch it. And I don’t know why, but it gets into my head and gets replayed a lot. ”

“I just want to say thank you and congratulations,” he concluded.

Osaka has been open about her struggles with mental health in the past and taking a break from the sport after her disappointing loss at the US Open last year.

He said he was in a good place emotionally going into the tournament.

Kudermetova held on despite the drama and continued her fine start to the year, beating the four-time Grand Slam champion even as she regrouped in the second set.

“It was a very difficult match for me against Naomi,” he said.

“He’s a great player, he’s a good fighter and I’m very happy with my performance today. I’m very focused and I’m really happy to be here and playing in front of you guys.”

Earlier in the day, world number three Aryna Sabalenka suffered a shock defeat in her first match, losing to Italy’s Jasmine Paolini 2-6 6-3 6-3 in the second round.

The Belarusian’s hard serve was broken four times and she made 10 double faults on a hot day in the Southern California desert.

World number 46 Paolini said he was as surprised as anyone to come with his first win over a top 10 opponent.

“I’m very happy. I didn’t expect this moment,” he said.

“I’m happy to be here in the third round. I thought I played a great match. The crowd was amazing. I really enjoy it.”

Sabalenka are favorites to win the event after world number one Ash Barty and world number two Barbora Krejcikova pulled out ahead of the start of the WTA 1000 tournament.

Sabalenka followed Karolina Pliskova and Garbine Muguruza out the door after both top 10 players lost on Friday.

Paula Badosa also started her title defense with a 6-2 7-6(4) win over Tereza Martincova.

The Spaniard had not taken a set from the Czech in their previous three encounters and let out a loud scream and clenched his fists after he volleyed a perfect backhand on match point.

“I think the difference is that I played against him a year and a half ago and I have improved a lot in many ways,” said Badosa.

“Mentally, but also physically because I think it was a very physical match. I can see how much I improved today.”

Dressed in the colors of the Ukrainian flag, Russian-born qualifier Daria Saville of Australia beat ninth seed Ons Jabeur 7-5 6-7(0) 6-4 in their second-round match.

Tunisia’s Jabeur reached the semifinals of last year’s tournament but Saville’s relentless play and defense ended up winning the day.
Petra Kvitova needed every strength she had to fight Aliaksandra Sasnovich 6-7(4) 6-4 6-4.

The two-time Wimbledon champion knelt on the court and bowed his head after hitting a forehand to the line to end a grueling match. She will next face Greek sixth seed Maria Sakkari, who was a straight sets winner over Katerina Siniakova.

American Amanda Anisimova retired before the third set of her match against Canadian teenager Leylah Fernandez due to illness.

In other second-round action, American Shelby Rogers was grinning after beating Latvian 10th seed Jelena Ostapenko and fourth seed Anett Kontaveit in just over an hour to get past Slovakian Kristina Kucova 6-4, 6-1.