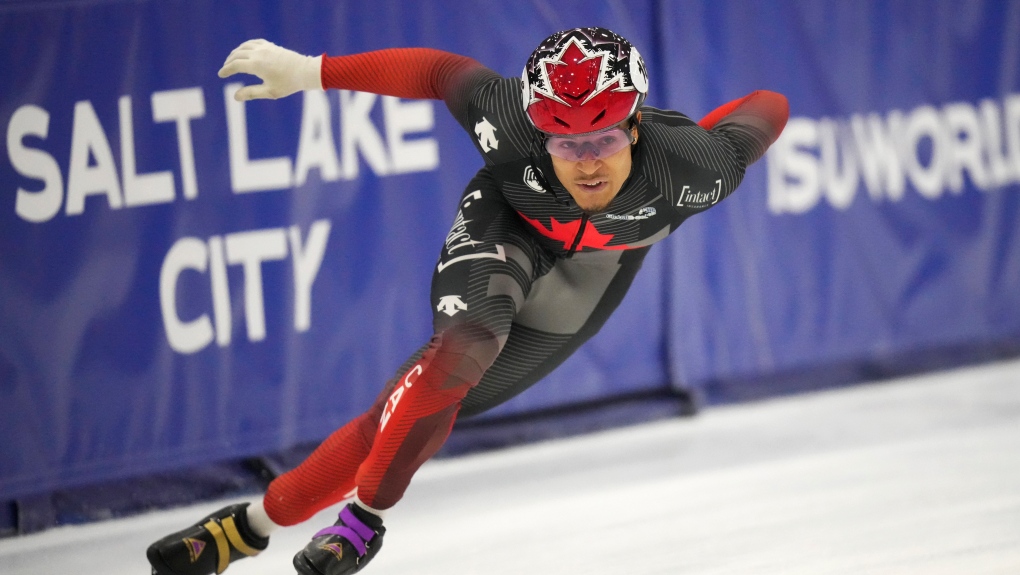 The relay team’s victory anchored a five-medal show for Canadian short track speedkaters on Sunday at the ISU World Cup.

Jordan Pierre-Gilles of Sherbrooke, Que., threw a deep pass to the South Korean skater at the final corner to help secure the men’s team win.

Pierre-Gilles, Steven Dubois of Terrebonne, Que., Maxime Laoun of Montreal and Felix Roussel of Sherbrooke, Que., finished first in six minutes 56.201 seconds. South Korea came in second with a time of 6:56.453 and Japan took bronze with a time of 6:57.289.

The women’s team of Courtney Sarault of Moncton, Kim Boutin of Sherbrooke, Que., Claudia Gagnon of La Baie, Que., and Rikki Doak of Fredericton led their 27-lap race from start to finish.

A collision between skaters from South Korea and the Netherlands on the last lap allowed Sarault to slide to the finish line unchallenged. After video review, Canada won with a time of 4:10.479, ahead of the Netherlands (4:16.038) and South Korea (4:22.605).

The Canadian short track team has won 20 medals so far this season. Almaty will host another ISU World Cup next weekend.