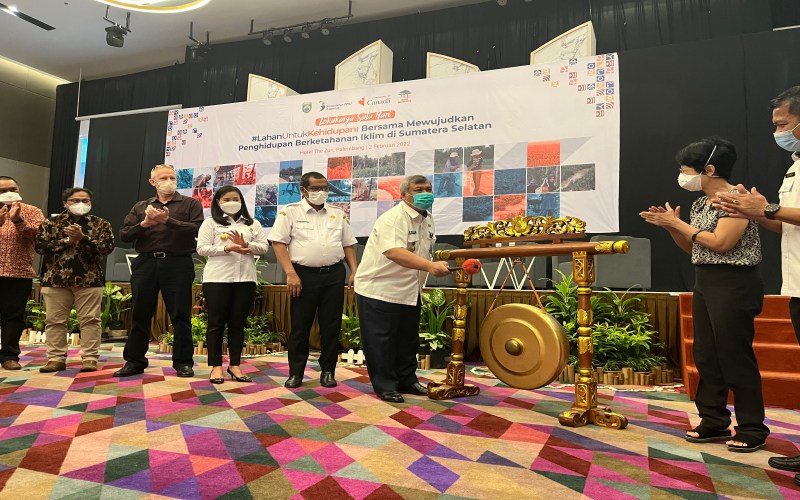 Bisnis.comPALEMBANG – The Canadian government has disbursed funding of C$16.8 million or equivalent to Rp190 billion for the Land for Life project in South Sumatra and 2 other provinces in the country.

The Land for Life (Land4Lives) project is a climate change mitigation project, a collaboration between the Governments of Indonesia and Canada and involves partners, one of which is World Agroforestry (ICRAF).

Gayle Barnett, Head of Cooperation Global Affairs Canada (GAC), said that South Sumatra has about 2 million hectares of peatland that is vulnerable to deforestation and fires, even though many people’s livelihoods depend on the area.

“Therefore, we support South Sumatra to design food security, especially for vulnerable communities and women,” he said during the event start Workshop on Land for Life online, Wednesday (2/2/2022).

Barnet said that the financial support is expected to improve the lives of 100,000 farmers in South Sumatra, Southeast Sulawesi and East Nusa Tenggara.

The practice is believed to be able to increase community resilience in fighting climate change, especially for vulnerable farmers in the Forest Management Unit (KPH) in Lalan Mendis, Musi Banyuasin Regency and the Saleh-Sugihan Peat Hydrological Unit (KHG), Banyuasin Regency.

“We hope that South Sumatra can contribute to reducing carbon emissions because the Land4Lives project is also in line with the objectives of climate change mitigation,” he said.

Meanwhile, Assistant I for Government and People’s Welfare of the South Sumatra Regional Secretariat Rosidin said community involvement in environmental projects was the right step.

“So they can stay productive. With the inclusion of the ICRAF and GAC projects, it is hoped that forest fires will not happen again,” he said.

“They are the ones who depend on natural ecosystems for their livelihoods and food security,” he said.

In addition, climate change is projected to affect agricultural productivity, having serious impacts on smallholders who depend on subsistence and commercial crops.