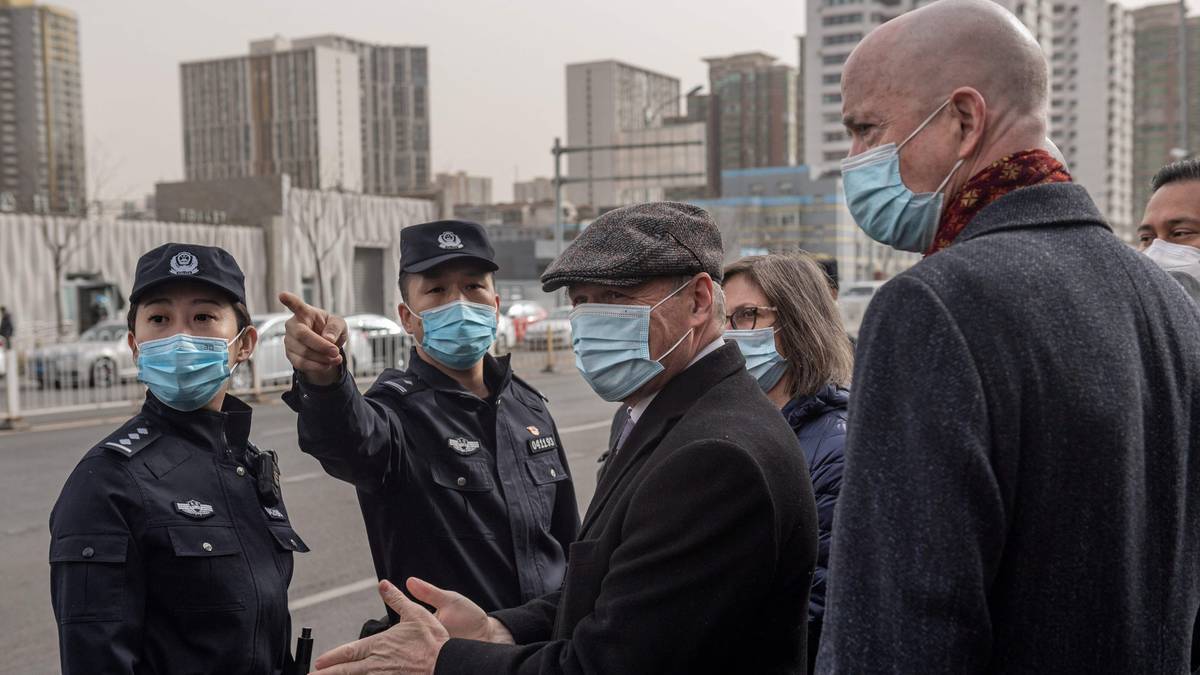 Canada criticized that no diplomats or journalists were allowed into the courtroom in Beijing on Monday.

“We are deeply concerned about the lack of access and transparency in this legal process,” Jim Nickel at the Canadian Embassy told reporters outside the courtroom.

Michael Kovrig of Canada is on trial, accused of espionage. He was arrested more than two years ago. A closed-door trial against compatriot Michael Spavor also began on Friday.

The fact that several dozen diplomats are joining in on the effort to exert pressure is interfering in China’s rule of law. This is not what diplomats should do, said Chinese foreign ministry spokeswoman Hua Chunying.

Both Spavor and Kovrig were arrested shortly after Huawei CFO Meng Wanzhou was arrested during a layover in Canada in December 2018.

She is also the vice chairman of the Chinese company’s board and the daughter of founder Ren Zhengfei.

Meng Wanzhou was indicted in the United States for violating sanctions against Iran and technology theft. The Chinese director has been released on bail. He has not been extradited to the United States.

In June last year, China accused former diplomat Kovrig and businessman Spavor of spying for Canada. They must have collected intelligence material and state secrets.

Both said the allegations were baseless. The Canadian government is doing the same.

Michael Kovrig’s wife called on China to release her husband and Michael Spavor in an interview with Canadian television, CBC.

Poor relations between China and Canada

– China has to understand that it’s not just about two Canadians. It’s about respecting the rule of law and about relations with many western countries, Trudeau said.

The cases have caused extremely strained relations between Canada and China.

Diplomats and journalists were not allowed to attend the trial because the case was about national security, according to Chinese authorities.

There were diplomats from 26 countries, including Norway, who came to show solidarity with the Canadian embassy.

The defendant is former diplomat Michael Kovrig. He now works for the International Crisis Group. It is an international organization headquartered in Brussels that works to prevent and resolve conflicts.

Another Canadian defendant is Michael Spavor. Canadian diplomats were also denied entry when the trial against him began in the northern Chinese city of Dandong on Friday.

Spavor has worked extensively in North Korea. He is the director of the company Paektu Cultural Exchange, which promotes investment, cultural exchange and tourism in North Korea.

– China is not even trying to pretend that this is a real lawsuit. They will only confirm the results that have been determined by the Communist Party, Saint-Jacques said.

Both men face life in prison if they are found guilty of espionage.