Summary of the fifth day of the 2022 Beijing Winter Paralympics 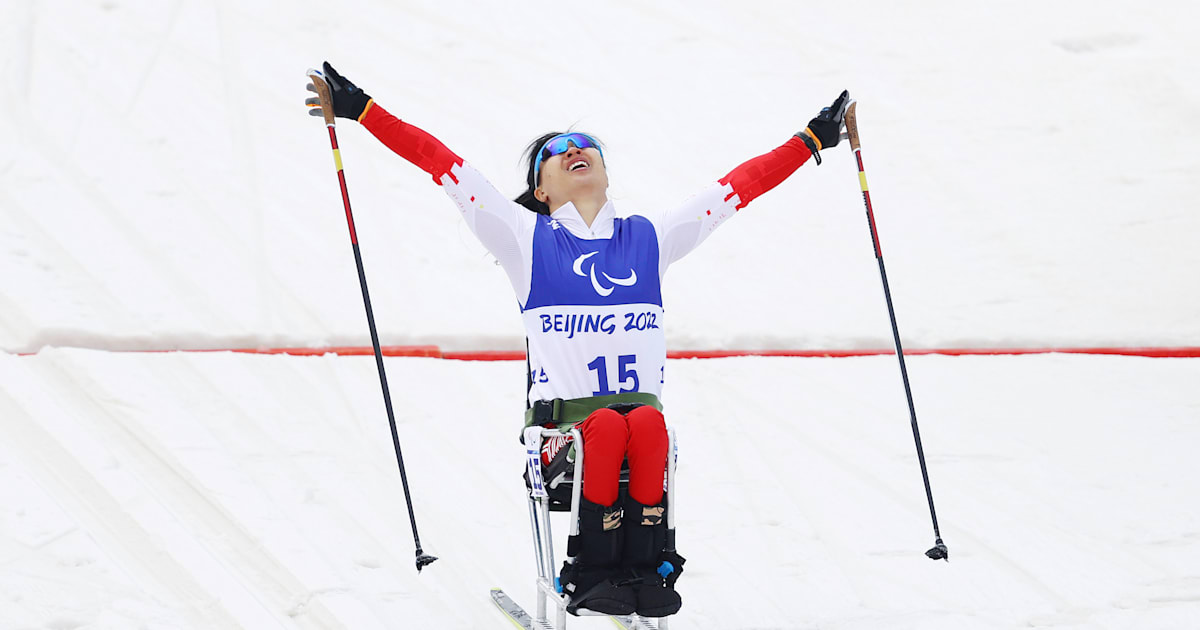 Cross-country skiing takes center stage on day five of the 2022 Beijing Winter Paralympics, where six medal events are being held.

The People’s Republic of China started the finals impressively, dominating the men’s and women’s seats.

The men’s podium is a repeat of Sunday’s long-distance sitting event (March 6), with Zheng Peng another double lead in Chinese gold and silver. He shares the podium with his compatriots Mao Zhongwu in second place with Canada’s Collin Cameron taking bronze.

The women’s sprint event is also a faithful copy of long-distance running, with Yang Hongqiong will be looking for gold Games both. He didn’t give American stars a chance Oksana Masters and thus climbed to the top of the podium. Chinese too Li Panpan took third place.

In the men’s standings, France Benjamin Daviet won his first individual gold medal in leading cross-country from end to end. German Marco Maier and the ukraine Grygorii Vovchynskyi engaged in an interesting battle for the silver medal, with Maier finishing second behind Daviet.

Canadian Natalie Wilkie won a second gold, with the top three finishing in the same order as the long-distance race. Wilkie overcame a slow start to catch up with the leaders and beat world champions Norway Vilde Nilsen, down the expanse of the cage in a dramatic sprint to the finish line. Nilsen had to settle for another silver, with Sydney Petersonfrom the United States, finishing third.

austrian feel Carina Edlinger ended up getting a gold medal in the sprint event for the visually impaired, who dominated the second round.

He won a comfortable victory with a time of 3:49.6, ahead of Ukraine Oksana Shyshkova (3min56s4) in second place, with Germany Linn Kazmaier in third with 4min05s2.

Edlinger did not finish long distance matches and it looks like he will leave this Beijing Olympics empty-handed.

Four years ago he went to PyeongChang as the gold medal favorite, but had to settle for bronze in the middle-distance event.

“I still can’t believe it. Four years ago I had problems similar to what I have now, with my legs, and I passed out many times here and before the trip here,” said Edlinger after the race.

“It was a difficult situation because a few days ago I was completely paralyzed under the back of my head, lying on the floor of a wax booth. It was one of the lowest points I have had in my sporting career,” he added.

Edlinger’s persistence paid off, winning the sprint event, adding a gold medal to the bronze medal from the previous four years.

“With two not finishing, it was more than frustrating because I knew I could. However, today, winning gold like this was incredible.”

Brazil on the fifth day

Brazil has five Para cross-country skiers in action this Wednesday, all in sprints.

in women, Aline Rocha finished in 10th place out of 16 participants, with a time of 3 minutes 55 seconds. “Looking at the list of athletes, I knew it would be very difficult to qualify for the semifinals, it is a very high technical level. It was a tough race, I gave 100% in qualifying to make sure I could have it. the chance to advance to the semifinals is right, I give 100% of myself. In the semifinals I tried my best, I felt it was better than the quali race, I am very happy with the result”, Aline Rocha told the Brazilian Snow Sports Confederation’s website (CBDN)

Among men, 36 athletes competed in the race, with Christian Riberacurrent vice world champion, finished in ninth place, with a time of 2 minutes 59 seconds8. Robelson Lula came at 18 (2min34s19), Guilherme Rocha on the 21st (2min36s77) and Wesley dos Santos on the 24th (2min39s14). “The race was very difficult. The track was very difficult, 12th grade took a slight advantage in the semi-finals, they finally caught up with me before going down. I suffered a lot, I gave as much as I could and unfortunately it didn’t happen. ‘not enough, but I go. The race was good, I did as much as I could, so I’m really happy to have reached the semifinals and almost missed the final”, Cristian Ribera told the CBDN website.

Brazil returns to snow in Beijing 2022 this Friday, the 11th, on a snowboard slalom with André Barbieri, at 11:00 Beijing time (0:00 from Thursday to Friday, Brasilia time).

The Beijing 2022 Winter Paralympics are broadcast to Brazilian territory via the Sportv channel.

The biggest names in For cross-country skiing of all time, Brian McKeever finished his race in good time to claim a fourth consecutive Paralympic gold medal in the men’s sprint for the visually impaired.

McKeever and his guide Russ Kennedy beyond America Jake Adicoff in the last stretch and won the victory by just 0.8 seconds. Swede Zebastian Modin finished in third place.

“We knew we had to go before the final final so we could pick whichever section we wanted. There must be one lane faster than the other because of the shadows,” said the Canadian man with his trademark sideburns.

“I can’t start very fast at my age, so I have to grow up in racing. We talk about it and try to build on it throughout the race.”

“I never thought about any of them (the gold medal), so I’m going to keep thinking about it and go one race at a time, trying to enjoy them all,” said McKeever.

What to watch next?

All attention will be on the descent, where the Para Alpine Ski medals will be distributed in three giant slalom events, in the Yanqing area this Thursday the 10th.

norwegian Jesper Pedersen is hunting for a second straight Paralympic title in sitting and could claim her fourth medal at Beijing 2022 after winning gold in Super-G and super combined, as well as silver on the slopes.

Or Italy Giacomo Bertagnolli will be all the more excited to add more compliments to the gold and silver he already has in his bag, in the category for the visually impaired athlete.

In standing event, France Arthur Bauchet will be aiming for a third gold medal after wins at downhill and super combine.