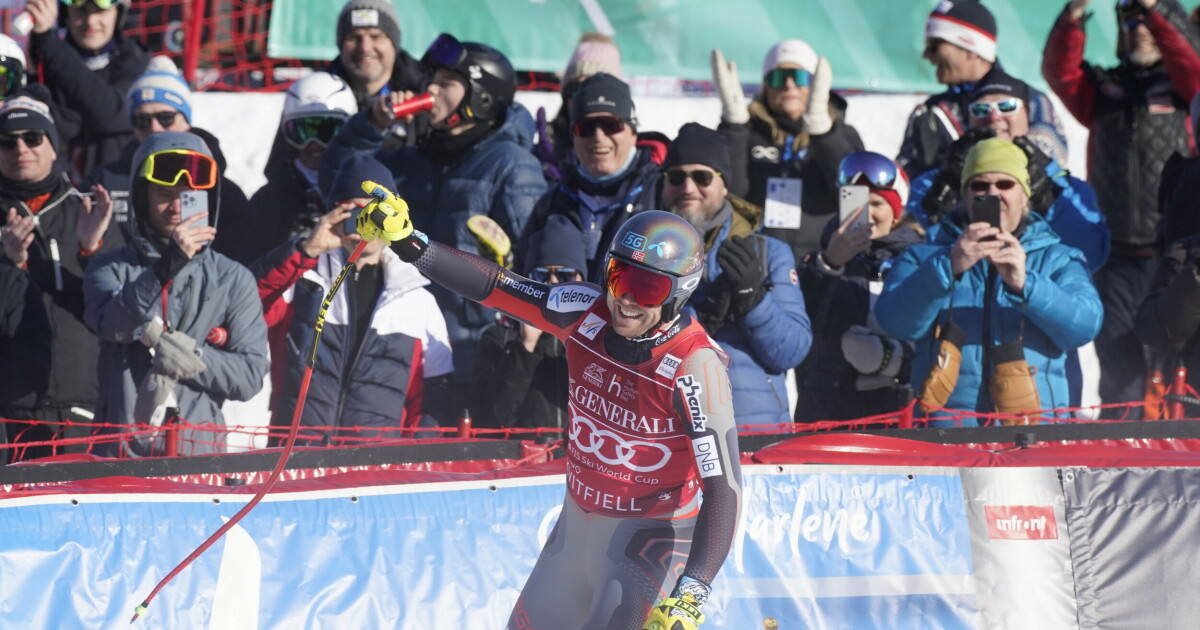 Alpinist Aleksander Aamodt Kilde (29) won for the first time at Kvitfjell. With Odermatt plenty of places behind him, he also took the title in the super-G-cup.

At the 17th attempt, Kilde finally had to make it at home. He had a fantastic run on Sunday and finished 73-hundredths of a second ahead of start number seven.

Then, some strong contenders would come right behind the Norwegian, who won after some crazy nervous drama.

Kilde has been in the top five five times in recent years. On Saturday, he finished second behind Dominik Paris who excelled on the downhill.

Kilde leads the super-G-cup by 61 points ahead of Marco Odermatt before Sunday’s race. Switzerland was already outside the top ten, so he couldn’t stop the hunt for crystal balls from Norway.

On Sunday, conditions in Kvitfjell were once again absolutely perfect. Cold, blue skies and clear sun make it a day similar to Friday when Canada’s Cameron Alexander took a big win from start at number 39. Saturday was cloudy at times as Kjetil Jansrud said goodbye to the alpine circus.

Alpine retiree Jansrud just walked around the finish area on Sunday, greeting those who came to the finish and cheering properly when Kilde took the lead.

Also the downhill trophy was Kilde in the driver’s seat to win. Prior to the final race, he was leading by 23 points over Swiss Beat Feuz.

The speed season ended in French Courchevel on March 16 and 17 with a downhill and a super-G.