The Canadian Paralympics lauds the $1.2 million donation as a step towards bonus equality with the nation’s Olympics 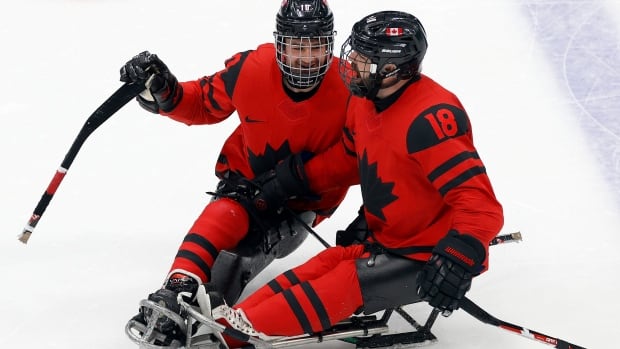 Nearly 200 Canadian athletes cashed in on medals won at the Tokyo and Beijing Olympics thanks to a sizeable donation from a Canadian businessman.

Sanjay Malaviya, a Canadian health technology entrepreneur, gave $1.2 million to support Team Canada athletes, meaning the 130 Olympians and 53 Paralympians who won medals at the Tokyo and Beijing Games each would receive $5,000 each.

“Canada’s Olympic and Paralympic athletes have inspired and united us during an extremely difficult time,” Malaviya said in a statement. “It’s an honor to be able to celebrate their accomplishments and invest in their future.”

So the importance of equal pay for these medals is not lost on six-time Paralympian Billy Bridges, who recently won silver with the para ice hockey team in Beijing.

“It feels great to be included in the conversation. What Sanjay has done has been absolutely incredible, and I hope it helps the inclusion of the Paralympics in the future,” said Bridges. “My Paralympic colleagues have such inspiring stories, and have been through a lot before they even got to the Olympics.

“It’s great to see them getting credit for their athletic efforts, on par with the Olympians for a change.”

This is very generous and wonderful. I think it’s still important to note that the Olympians got this on top of the 10, 15 or 20 thousand dollars they already got for their medals vs the Paralympic medalists who got zero. https://t.co/VNt4slY1Yq

“On behalf of all my colleagues at the Tokyo 2020 and Beijing 2022 Paralympics, a huge thank you to Sanjay for this prize,” Mark Arendz, a four-time Paralympic nordic skier who won four medals in Beijing, said in a statement. “This is a significant step forward in the recognition of Canadian Paralympic athletes who work and train hard to compete on the world stage.

“I am optimistic that Sanjay’s generosity will be a catalyst for greater equality for Canadian athletes with disabilities who proudly represent our country.”

COC’s bonus program, called the Athlete Excellence Fund, is fully funded through its own marketing sponsor, separate from CPC. Each organization manages everything related to their respective Games.

Karen O’Neill, CEO of CPC, told CBC Sports in March that her organization has not given money for medals because it chose to use its funds – including $6 million a year from the federal government – to improve the infrastructure needed for athletes to train and compete.

But he said Wednesday the CPC is substantially healthier now, allowing the organization to focus on things like money for medal funds.

“You have people now who want to make a personal statement and a personal commitment to things that count,” O’Neill told CBC Sports. “This gap in situation and recognition is a key symbol. For Sanjay and his family to make this commitment is phenomenal.

“Statements like that. It’s inspiring. And for our athletes there is an appreciation that must be recognized and recognized in this way.”

O’Neill said CPC had had a number of conversations over the past few days with sponsors who understood the importance of raising money for an established and sustainable medal fund going forward.

“We’ve had side conversations over the past few days with our sponsors and in principle almost every one of those we speak to understands this, wants to support him and recognize Canada’s best athletes.”

Pascale St-Onge, Canada’s Minister for Sports, said the federal government has made sports a priority for years, pointing to the $6 million per year it gives to CPC compared to $800.00 to COC.

“The mandate we have and the CPC has is to build athletes’ careers and assist them in training, travel and so they can perform,” said St-Onge. “There needs to be a cultural shift in our society to ensure our Paralympics are recognized and celebrated like the Olympians.”

St-Onge said he had been in conversation with the CPC to ensure funding for the Paralympic awards for medals was financially established.

“I prioritize finding a solution with the CPC because I don’t want to continue this injustice between Olympians and Paralympians,” he told CBC Sports. “This needs to be fixed. I want to make sure that on the international stage, Canada is still considered a very inclusive and progressive country.”