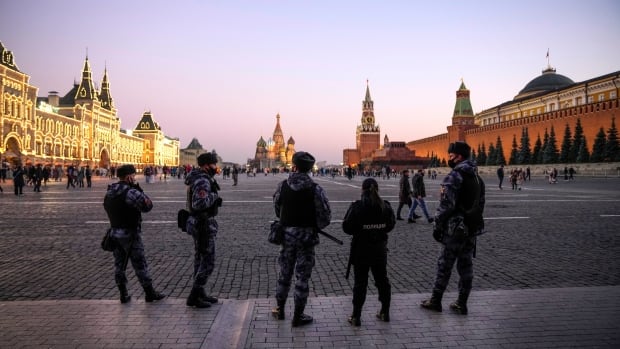 The federal government warns Canadians not to travel to Russia, and to leave if they are already there.

“Avoid all travel to Russia due to the effects of the armed conflict with Ukraine, including limited flight options and restrictions on financial transactions. If you are in Russia, you should leave while commercial means are still available,” the advice reads.

The adviser noted that, following Russia’s invasion of Ukraine in late February, Canada and other countries in North America and Europe have imposed sanctions on Russian entities, including airspace restrictions.

“These sanctions, and Russia’s retaliation, may have a significant impact on the availability and provision of essential services. Availability of flights is very limited,” the advice reads.

The notice also describes the possibility of limited consular resources and the passage of a law in Russia on Friday that could result in detention or other penalties for sharing information deemed false.

The adviser warned against “talking about the Russian invasion of Ukraine … sharing or publishing information related to current events in Ukraine and Russia … [and] participate in demonstrations and large gatherings.” Several major news networks, including CBC, BBC and CNN have temporarily suspended reporting from Russia.

The United States also advised its citizens Saturday not to travel to Russia.

Saturday’s update was an escalation of the warning issued Monday, in which the government urged Canadians to avoid non-essential travel.

Canadians have also been advised by the government to avoid all travel to Ukraine.