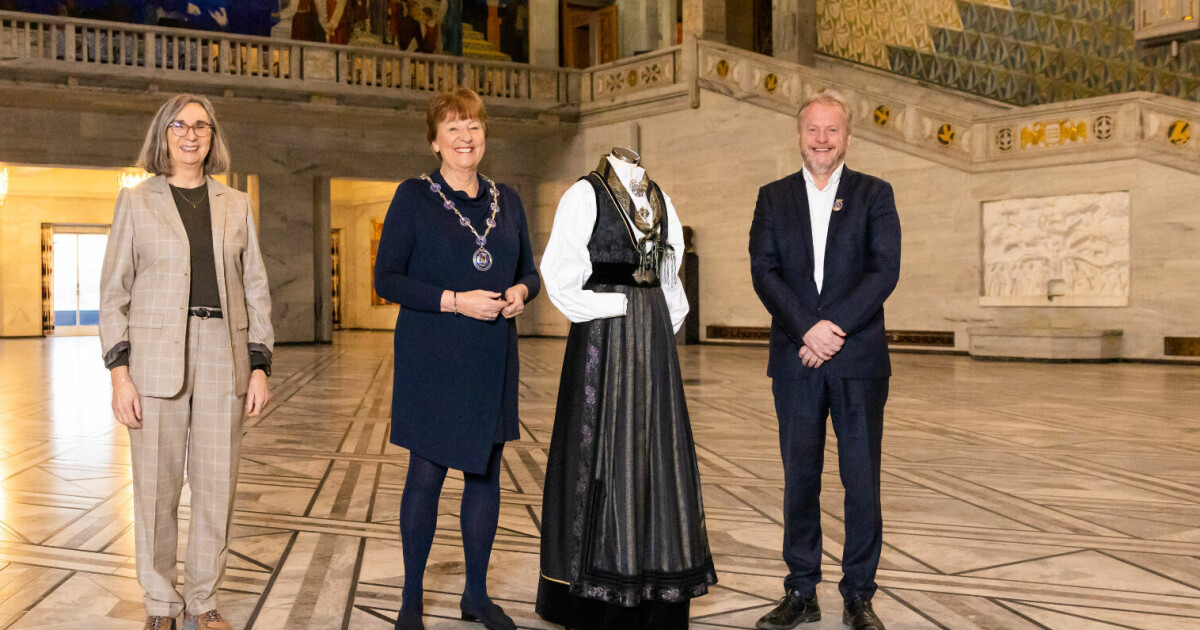 “On behalf of the entire city, I wish the Princess the very best today. With a gift from Oslo, we would like to tell the history of the capital. Every element of the birthday costume draws from the flora and rich history of the city all the way back to St. Hallvard in the 1000s. I hope she will wear it with pride,” said Mayor Marianne Borgen.

The birthday suit was created for the city’s 1000th anniversary in 2000 and is a collaboration between designers Eva Lie and the City of Oslo.

The suit was used for the first time Rubina Ranacommittee chairman May 17, in a children’s carriage in 1999, according to a press release.

The inspiration for the fabric was drawn from textiles made at Hjula Industrier in Sagene. The floral motifs are taken from the flora of Oslo.

To see more images, click the arrow at the top of the image page below…

Søljene is a collaboration with jewelers and designers Elise Thiis Evensen. In the brooch, St. Hallvard, the guardian angel of the capital, is a recurring theme. The arrows and mill wheel in the column are also common elements in Oslo Town Hall decorations.