The warmer end of autumn keeps skiers away from the slopes, shops 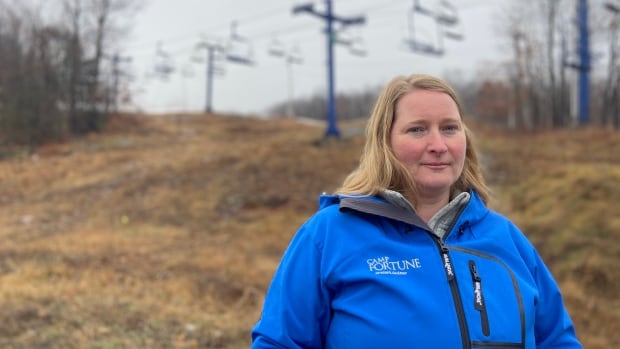 One local ski resort was eager to open its slopes, but the unusually warm autumn weather kept the hills closed.

Camp Fortune in Chelsea, Que., had hoped to open by now, but its assistant director said they were several weeks behind schedule.

“We hope that winter comes, and we can start the ski season very quickly,” said Erin Boucher.

Camp Fortune’s ski season can start in the second week of November and lasts until the end of April. This year, it seems to open mid December.

“Our target, which was slightly delayed, is December 10. It looks like our new target is December 16,” said Boucher.

Ottawa has experienced some of the warmest temperatures recorded this fall, and even though it’s been good for extended terrace seasonit’s not great for winter sports lovers.

Camp Fortune says not to rely entirely on natural snow to run the hills, especially early on, because there are snow guns. What it needs, says Boucher, is consistent cool temperatures.

Boucher said they would start to get “a little nervous” if they didn’t get the weather they needed, especially with the year-end holidays being their busiest time of year.

Kunstadt Sports, a ski and winter clothing store, said the impact was also being felt.

“We started the season really well with the cold weather, and in the last week or two with the warmer weather, we’ve definitely seen things slow down,” said Freddy Allport, Glebe store manager.

Allport said December and January are usually the store’s busiest months and he expects sales to pick up again for equipment once the snow starts to fall.

Where are you, winter?

David Phillips, a senior climatologist at Environment Canada, says there’s no need to worry, winter weather is coming – though not anytime soon.

“We’ll see a few more days of apparently increasing temperatures and then we’ll get something close to normal,” said Phillips.

He said the region was hit by a wave of warm air from the United States that was not intense, but didn’t appear to be stopping.

That is expected to change in the coming days.

“Starting next week, any kind of precipitation that we get will be white matter and not liquid. Temperatures will be comfortably cool but not raw and brutal,” Phillips said. The Canadian environment is seeing snow in its long-term forecast for Wednesday.

As for those hoping to hit the slopes in the area, he says the time will come.

“Just because it’s not freezing now doesn’t mean it will be closed this winter. [There’s] plenty of time to turn cold to snow.”