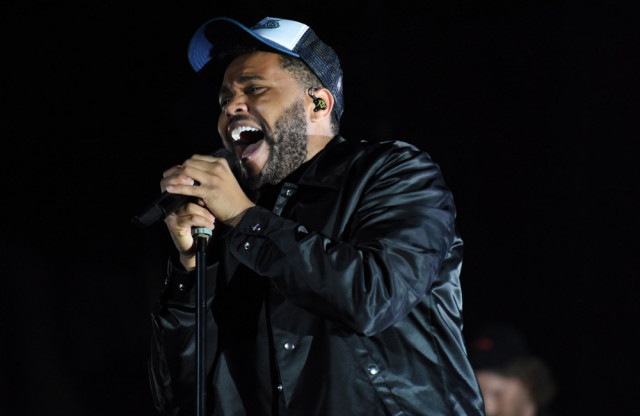 The Weeknd is set to tour North America with Doja Cat on the ‘After Hours Til Dawn’ tour.

The ‘Save Your Tears’ hitmaker has launched the first leg of his world tour in support of his albums ‘After Hours’ and Dawn FM’, which will see him and the ‘Say So’ singer perform in stadiums this summer.

The tour kicked off in his hometown of Toronto on July 8, and was scheduled to end on September 2 in Los Angeles. It stopped at BC Place Vancouver on August 23rd.

The 32-year-old Humanitarian donates $1 of every ticket sold for a tour to the United Nations World Food Programme, which he has partnered with to launch the XO Humanitarian Fund.

The Weeknd said: “The purpose of this fund is to provide immediate life-saving support to people who are on the verge of starvation.

“I am so grateful to have WFP as a partner and to further expand our reach to those who need it most.”

The ‘Blinding Lights’ hitmaker also pledged $500,000 of his own money to the fund.

The Weeknd and Doja released the duet ‘You Right’ on Doja’s 2021 album ‘Planet Her’.

Meanwhile, the Canadian star recently teased that ‘Dawn FM’ is part of a trilogy.

The ‘Tears in the Club’ singer appeared to reveal that a third album would follow ‘After Hours’ and ‘Dawn FM’ in 2020.

Alongside the artwork for his latest LP, which is a photo of his older self, The Weeknd tweeted: “I was wondering…did you know you’re having a new trilogy?”

The ‘Take My Breath’ singer has not provided further details, such as the three albums that will become a trilogy.

However, many fans believed ‘After Hours’ would be included.