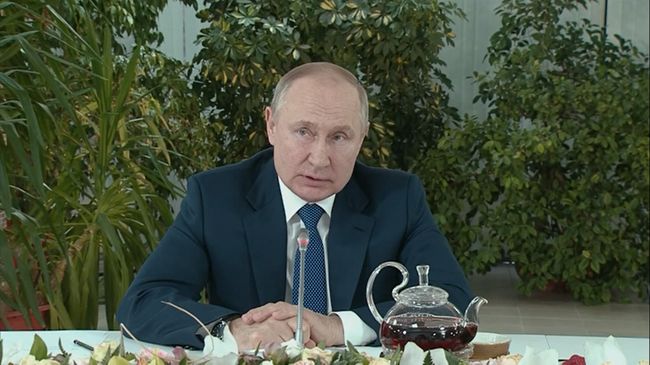 Jakarta, CNBC Indonesia – Calls to reject and remove Russia from the G20 are getting louder and louder by Western leaders and figures. Russia’s attack on Ukraine was the cause.

So which countries rejected Russia in the G20? Here’s the list, compiled CNBC Indonesia from various sources:

Treasury Secretary Janet Yellen threatened the US to boycott a number of G20 meetings. This would have been done if Russia had not been removed from the group.

“President Biden has made it clear and I certainly agree with him. That Russia cannot be business as usual in any financial institution,” Yellen said, Wednesday (6/4/2022) local time, while speaking before the US House of Representatives, quoted as saying Reuters.

“He (Biden) requested that Russia be removed from the G20 and I have explained to my Indonesian colleagues that we will not participate in a number of meetings if Russia is there,” he said.

He said Russia had committed a despicable act. The massacre in Bucha, Ukraine – which the West calls Russia – is an insult to global rule.

“Russia’s actions, including the atrocities committed against innocent Ukrainian citizens in Bucha, are despicable, constitute an unacceptable affront to the rules-based global order.” “It’s going to have a huge economic impact on the world.”

Australian Prime Minister Scott Morrison has asked Indonesia to exclude Russia from the G20. He said it would be a problem to sit at the table with Russian President Vladimir Putin when his country committed war crimes.

Morrison called Russia’s attack on Ukraine a “violent and aggressive act that destroys the rule of international law”.

“The idea of ​​sitting at the table with Vladimir Putin, who the United States is already in a position to call for war crimes in Ukraine, seems to me a step too far,” he said on March 24. Sydney Morning Herald.

“I would be disappointed if the G20, and I’m sure President Widodo would feel the same way, that the real goals are unattainable. So, I think we need to have people in the room who don’t attack other countries.”

The discourse to reject the presence of Russia, including Putin at the upcoming G20 Bali Summit, was also voiced by the Prime Minister (PM) of Canada, Justin Trudeau. Trudeau even admitted that he had voiced it directly to President Joko Widodo (Jokowi).

“Russia with its illegal invasion of Ukraine has turned economic growth upside down for everyone around the world,” he was quoted as saying by Barrons citing news agencies at the end of March.

According to him, Putin’s presence will be a big problem for many countries, including Canada. The conversation will not be productive.

“It is impossible to be a constructive partner in how we manage the crisis created by Russia’s illegal invasion of Ukraine,” he added.

Meanwhile, the British Deputy Ambassador to Indonesia and Timor Leste, Rob Fenn, assessed that inviting Russia would make it difficult for Indonesia’s G20 presidency this year. Because the Kremlin has attacked Ukraine suddenly.

However, Fenn said there was still time for Russia to stop its attacks on Ukraine before the G20 meeting was held.

Poland also voiced the same thing. The country has advised US trade officials to replace Russia at the G20.

This was conveyed by the Polish Minister of Economic and Technological Development Piotr Nowak to the US Secretary of Commerce Gina Raimondo at a meeting on 22 March.

“In a meeting with Gina Raimondo, we put forward a proposal to exclude Russia from the G20, which was met with approval and a positive response,” Nowak was quoted as saying. Reuters.

“He (Raimondo) welcomed Poland’s views on a number of topics, including G20 operations, but did not state a position on behalf of the US Government with respect to Poland’s G20 proposal.”

quote Reutersan EU official also assessed Russia’s presence would be something very problematic. The reason is, the country is currently under global criticism for its attack on Ukraine.

“It has been said very clearly to Indonesia that the presence of Russia in a series of high-ranking G20 countries’ meetings that will take place later will be very problematic for European countries,” he said.

However, it is unclear whether or not there will be a boycott if Russia takes part in the G20 summit.

Although the rejection continues to sound, there are also countries that support Russia to remain in the G20. At least this is done by China and Brazil.

Chinese foreign ministry spokesman Wang Wenbin said that no member of the G20 has the right to remove membership of any country. Meanwhile, Brazilian Foreign Minister Carlos Franca said their support for Russia was in accordance with the principles of multilateralism and international law.