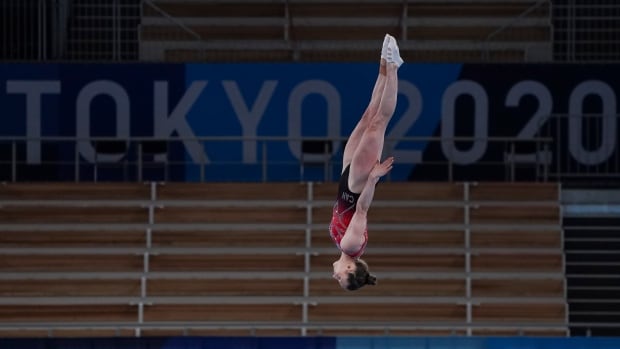 In a letter to Sports Minister Pascale St-Onge, Bruce Kidd, Peter Donnelly and Gretchen Kerr said the OTP has a medal-first mandate that puts pressure on national sports organizations to prioritize top results over health and safety.

“What started as a carrot turned out to be a stick,” the letter said. “We believe that the ultimate measure for the success of the Canadian sports system should not be medals, but the health and well-being of athletes, and the quality and quantity of opportunity we provide Canadians with in sport, both at the highest level and at the grassroots level.”

Kidd, Donnelly and Kerr join the growing chorus for major changes in Canada’s sports system following recent allegations of mistreatment in a number of sports.

St-Onge held an emergency roundtable meeting last week in Ottawa, telling The Canadian Press that since he was appointed Minister of Sports nearly six months ago, more than eight national sports organizations have faced accusations of everything from sexual harassment to misappropriation of funds.

More than 70 current and retired gymnasts – the number has grown to more than 300 – wrote to Sport Canada last week requesting an independent investigation into their sport in Canada.

Under the Twitter handle @Gym4ChangeCan, they said on Thursday that they had spoken to the office of the Minister of Sport this week “and were encouraged by this discussion. We look forward to meeting again in the near future about next steps to make gymnastics safe for all.”

We are pleased to say that we have spoken to the office @PascaleStOnge_ this week and driven by this discussion. We hope to see you again in the near future about the next steps to make gymnastics safe for all. @GlobalAthleteHQ https://t. co/3I6txFBb31

The OTP, meanwhile, was set up to help Canadian teams top the medal standings at the 2010 Vancouver Winter Olympics, and recommends how much federal funding each sport should receive. CEO Anne Merklinger says, however, there has been a shift in mandate in recent years to a “value-based approach” to sporting excellence.

“While the initial focus was primarily on medals, over the last four to five years, we have worked very hard to ensure that fundamentally how Canadian athletes achieve success on the international stage is as important as the results themselves,” Merklinger told The Canadian Press. “It’s not just about achieving performance goals, but how you achieve those goals in a supportive culture of excellence that’s safe for everyone to enjoy the journey. We’ve worked really hard on that.”

Merklinger points to Maggie Mac Neil’s recent news that she will not be competing in the individual events at the world championships. The Olympic swimming champion said the pressure had taken a toll on his mental health. He told CBC that “[Swimming Canada] must have thought of us as very important first people. I’m grateful for that.”

“There are many such examples,” Merklinger said. “We can always get better, and everyone is working hard together to be better, including Own The Podium.”

Dozens of Canadian gymnasts have signed an open letter calling for an independent investigation into the ongoing toxic culture and abusive practices at Gymnastics Canada. The way elite sports are funded based on performance is part of the problem, according to an expert who studies abuse in sport. 2:03

Suggestions in dealing with problems

Among their suggestions to Sport Canada, Kidd, Donnelly and Kerr said athlete representatives should make up a minimum of 30 percent of national sports and multi-sport organizations, because “they know better than anyone what they need to succeed and stay healthy.”

They suggest a completely independent review of the funding framework, including the incentives set by Sport Canada and the OTP.

And third, they recommend an independent study of the necessary requirements for cultural change to prioritize the rights, health, and well-being of athletes.

“Athletes who are healthy and happy also win medals, and continue to live healthy, fulfilling lives without the physical and mental breakdown we hear athletes talk about today,” they wrote.

Merklinger said four national sports organizations, in consultation with their athletes, will soon participate in a pilot project of a new tool that “emphasizes a balanced approach to people and performance.

“Experts have developed this tool, not OTP,” he said. “So, we believe it will be of significant value to the system. Our focus as an organization is to really provide the tools for national sports organizations to strengthen their own culture.”

In recent weeks, dozens of Canadian bobsled and skeleton athletes wrote open letters calling for the resignation of their acting CEO and high-performance director of NSO amid what they called a toxic culture. The gymnasts followed suit with a similar letter to Sport Canada a month later, requesting a third-party investigation.