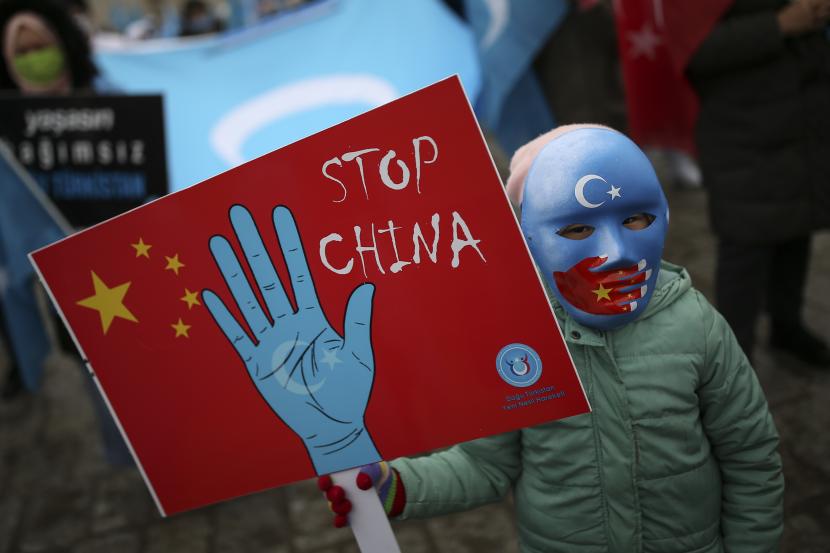 The inauguration of the mosque was carried out with the recitation of the Koran and the raising of the blue and white crescent moon, as well as the East Turkestan star flag. This building is said to be able to accommodate up to 2,000 worshipers.

The Canadian East Turkestan Association, which uses the Uighurs’ preferred name for the Autonomous Region youIghur Xinjiang (XUAR) in China northwest, drafting the idea of ​​the Center youIghur Canada in 2008. Then, 13 years later they bought the church building for 482,000 US dollars with donations from Germany and Australia.

“Sharing youIghur in Canada, it’s like showing what results can and cannot be achieved by unity and solidarity,” said Community President Tuyghun Abduweli, quoted in Asia Free RadioThursday (30/9).

He mentions the unity of the community that eventually allowed them to buy a church and turn it into a mosque. Not only as a place of worship, this building is also used to share about culture, history and religion.

This opening ceremony brings members of the community youIghur in Canada, a member of the Canadian parliament, as well as diplomats and officials. The leader of the two large exile groups youIghurnamely the President of the Congress youIghur World based Germany Dolkun Isa and Campaign Executive Director youIghur in the US Rushan Abbas was also present in this activity.

The Canadian East Turkestan Association also invited Catholic priests and former church members to raise awareness of people’s plight youIghur in XUAR. The church’s last pastor, Robin Wilkie, said the Catholic congregation was getting old, while church administrators were no longer able to maintain the building.