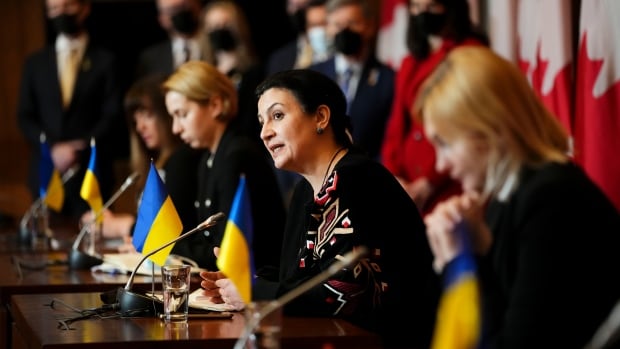 Ukrainian legislators asked Canada to give their country the money it needed to buy military weapons to fight the Russian invasion.

A group of Ukrainian lawmakers are in Ottawa this week to meet Prime Minister Justin Trudeau and other federal government officials in a desperate attempt to garner more support.

Lawmakers say they doubt that negotiations with Russia will lead to peace and that the only way to protect their country is to achieve military superiority on the ground.

The Ukrainians said a list of weapons their country needed had been provided to Canadian officials. This includes items such as tanks and anti-aircraft systems.

They say they have also asked the Liberal government to provide funding for such weapons in the forthcoming budget, in addition to non-military support.

Ukrainian lawmaker Yevheniya Kravchuk was in Ottawa this week as part of a Ukrainian delegation calling on Canada to provide money to buy military equipment: “We are really being heard and I can see some positive signals but we have to wait until the budget.” 8:35