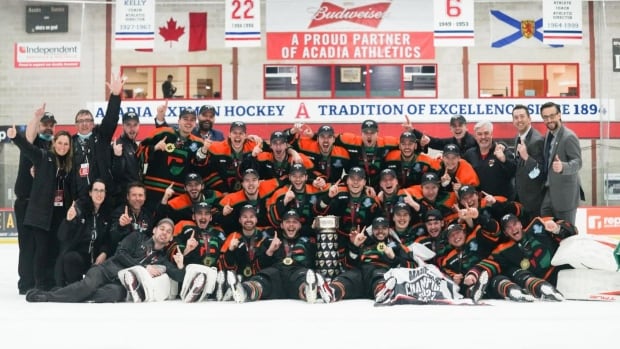 Lafrance’s goal with 5:42 remaining in the second half of extra time gave Université du Québec Trois-Rivières a 5-4 win over Alberta’s Golden Bears.

It was the Patriotes’ first national title since 2003.

Goalkeeper Alexis Gravel made 66 saves, including 22 in two periods of extra time.

The winner was Lafrance’s second goal of the match after he forced extra time with a third-half strike in power play to equalize at 4-4.

Jordan Martel, Felix Lauzon and Loik Leveille each scored one goal and one assist for the Patriotes, who have a 10-3-2 record in the regular season.

Noah Philp led the way for the Golden Bears with two goals and an assist. Matt Fonteyne scored one goal and provided two assists, and Luc Smith also scored.

Goalkeeper Taz Burman stopped 35 of 40 pucks in the loss.

Alberta (16-3-1 in the regular season) led Sunday’s final 3-1 as Philp beat Gravel 45 seconds in the second half. The Golden Bears led 4-2 into the third quarter.

Leveille pulled the back on track at 8:46 to a third before Lafrance equalized at 12:47.