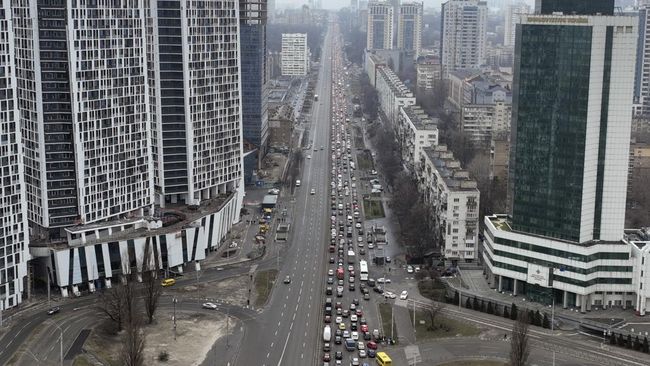 According to a New York Post report, one of the posters carried by protesters read, “Putin Burns in H-ll,” and, “Never Again.”

Meanwhile, several Canadian-Ukrainian citizens and their supporters held a meeting and a convoy of cars in Vancouver, Canada. They carried out convoys as a form of support for Ukraine.

Eugene Lupynis, who sits on the board of the Ivan Franko Ukraine Center in Richmond, said the roughly 200,000 people of Ukrainian descent in Canada are very worried about their friends and family in Ukraine.

“Everyone is worried, everyone is watching the news, every media outlet we watch, we are trying to get the latest news,” he said, quoted by Global News.

Canada itself moved its embassy from Kyiv last week to Lviv in western Ukraine. Federal officials have also urged Canadians in the country to leave as soon as possible.