US, Canada, France, UK and Germany promise ‘quick sanctions’ to Russia if Ukraine is attacked 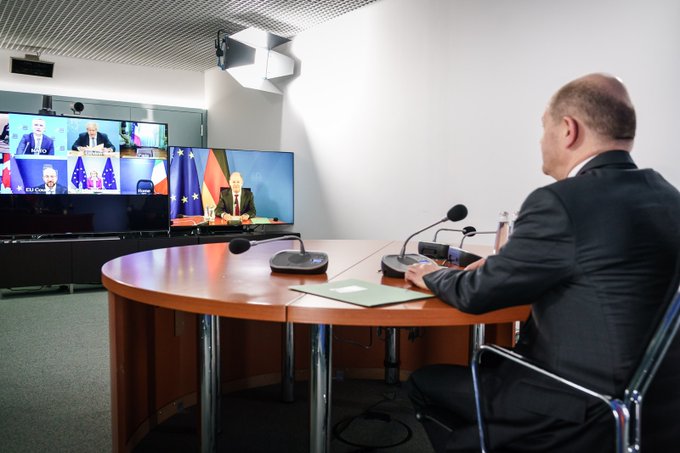 president of United States of America, Joe Bidenparticipated in a virtual meeting this Friday, the 11th, with Canadian leaders, Justin Trudeaufrom France, Emmanuel Macron and England, Boris Johnson, and the Chancellor of Germany, Olaf Scholz. Also attending the meeting were the President of Poland, Andrzej Duda, of Romania, Klaus Iohannis, the Prime Minister of Italy, Mario Draghi, in addition to the President of the European Commission, the President of the Council of Europe and the Secretary General of NATO. The heads of state discussed a possible Russian invasion of Ukraine and pledged to apply “quick and deep” sanctions against Russia if tensions escalate. “Important exchange about the very serious security situation in Ukraine. The Allies are determined to work on imposing swift and deep sanctions against Russia in case of further violations of the territorial integrity and sovereignty of Ukraine.”

Secretary of State for United States of America (USA)Anthony Blinken, told reporters this Friday, 11, that the invasion had finally come to an end Russia on Ukraine is imminent and could happen in the next few days. According to the US government, Russia is expected to occupy the Ukrainian capital, Kiev, within two days. “As we said, we are in a period where an invasion can start at any time. To be clear, this includes during the Olympics. Simply put, we continue to see very worrying signs of Russian escalation, including new troops coming to the border. And we have made it clear that any US citizens remaining in Ukraine must leave now.” He also stated that the White House would continue to “withdraw our embassy” from Kiev.