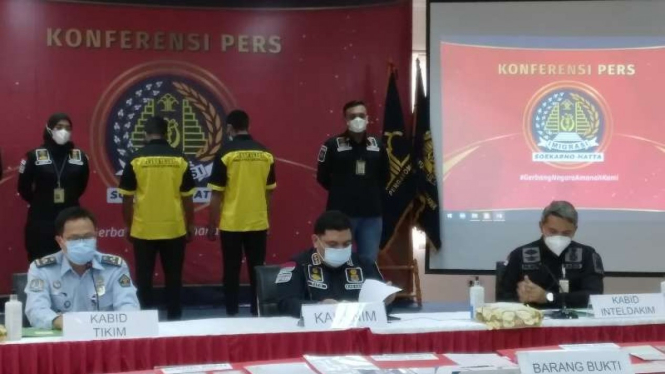 VIVA – Two foreign nationals from India with the initials JS and RM were secured by the Soekarno-Hatta Special Class I Immigration Office. Both were proven to have committed administrative violations by falsifying their identities in order to get to Canada.

The Head of the Soekarno-Hatta Immigration Office, Muhammad Tito Andrianto said that the two Indian citizens were secured in early 2022. Meanwhile, RM was secured on February 8, 2022 after he was caught using a fake passport.

“He used the passport of VM, an Indian citizen whose status has been permanent residence in Canada. There he forged the passport to get to Canada and first transited in Indonesia, but during transit he found it and immediately secured it,” he said, Tuesday, April 5, 2022.

As for JS, it was found changing the identity and barcode on electronic visa with a visa index of 312. Where, he was arrested in January 2022.

“JS uses a false identity, and the reason he entered Indonesia was for business. But in fact he did not have sufficient living expenses to live in Indonesia,” he said.

With this, the foreigners have entered the P21 stage. And they were also charged with Article 121 of the Republic of Indonesia Law Number 6 of 2021 because they were proven to have used a fake visa or residence permit and were threatened with 5 years in prison.