Winnipeg choir to perform the national anthem of Ukraine, Canada at the Jets . match 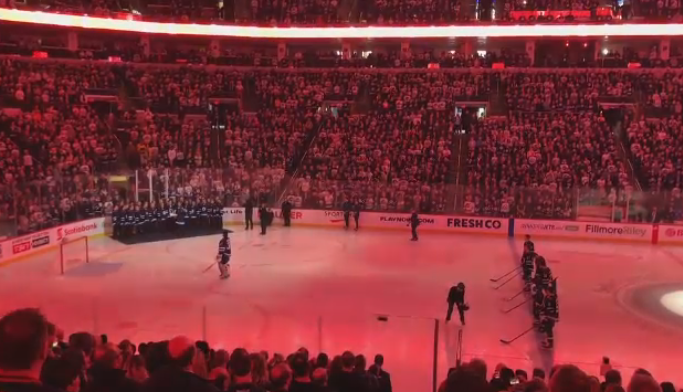 A local men’s choir who often acts as Ukraine’s unofficial ambassador said their upcoming appearance at the Winnipeg Jets match was a very important one.

Christopher Sklepowich, chairman of the board of the Ukrainian Men’s Choir Hoosli, said they had been asked to sing the national anthems of Canada and Ukraine during the Winnipeg Jets game against the Montreal Canadiens on Tuesday night.

“Tomorrow night will carry more emotion and more meaning than ever before,” said Sklepowich. “We’ve spoken to our members about the emotions we hope we’ll feel when we step on the ice tomorrow, as well as the importance of us doing what we do.”

Sklepowich, like many Hoosli members, had a large family in Ukraine. He said he was saddened to see them sharing videos and photos of the conflict with Russia.

The “absolutely heart-wrenching” update reinforced Sklepowich’s stance on the need for Canada to support Ukraine.

“It’s been a tough few days watching from afar the invasion and war is going on,” Sklepowich said. “It was amazing to see the overflow of emotion. People we know professionally and people we know personally say ‘what can I do to support it?

He felt Hoosli acted like an ambassador for Ukraine to many Winnipegger and Manitoban. He hopes Tuesday’s appearance will help keep conversations about Ukraine at the top of people’s minds.