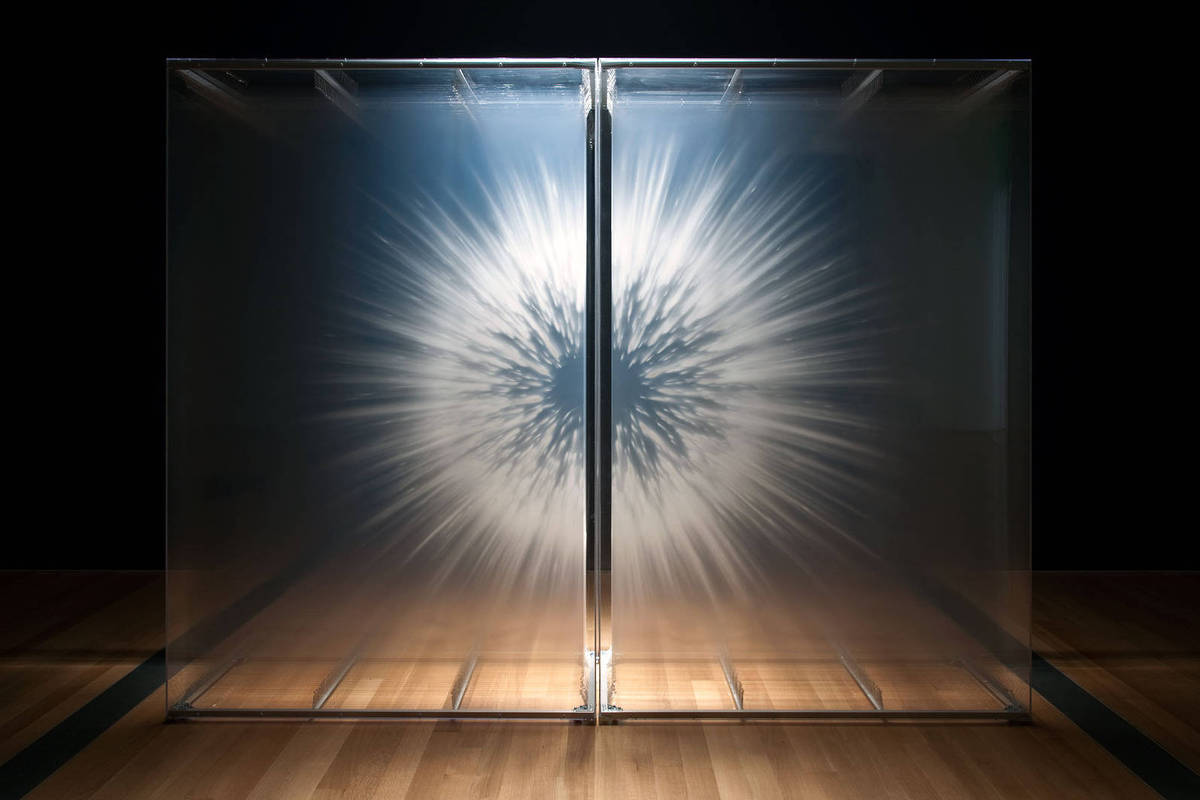 Starting our Word Picture Essay with female voices only this April, me and pat (my partner in all this particular thought) we invite Zélia Duncan. Singer and songwriter with a career of 40 years, she is an actress, studied Literature and writer.

A woman with a clear voice, she inspired many of these projects with one of her songs, and with her vision of fireflies, we got started. The text is accompanied by drawings by Canadian-British artist David Spriggs, known worldwide for his large-scale 3D installations.

Spriggs’ spatial image sculpture bridges the gap between the second and third dimensions, creating a truly immersive, phenomenal experience. In Spriggs’ holographic installation, an illusory vortex of light spirals inward in a cyclonic spiral. The combination between them? Luminous immersion in the deep tunnel of daydream.

How do fireflies work? It was a question that never shut up, that never shut up, after my son left. The fireflies remain fascinated by the adults left in the backyard. And when I tried to write about it, I realized that I had not seen one of these magical insects in a long time. How many? I didn’t even know that.

I try to ignite the memories. When was the last time? I have no idea. I just remember my eyes widening and I got the impression that their blinks were always “fading”” and “fade”“ and everything takes time.

I remember it was never just one. Firefly are a bunch, they come with their flashlights and always seem to be saying something. Is it some kind of Morse Code? Of course, the insistence of artificial lights that we create makes fireflies useless, because they need to be paid attention to in order to exist. Like an artist. If you do not find space, environment, blackout, how can you be considered?

Are the fireflies gone, or is there a place to find them? Are we opening every bush possible? Are we getting in the way of the Miracle? Why don’t we explain quickly? We don’t want to blink anymore, we just want that crazy, continuous light that blinds us, which is neither ours nor anyone else’s, to illuminate the wrong path? Or do we not even want the way?

We just want the impression of a hasty and clear arrival. Trying to ignore or belittle doubt, melancholy, silence, mystery, we choke the cracks, because we throw artificial lighthouses, fake fire exits over them.

We remained at the bottom of the cave, our noses rubbing against the rock, blinded by so much light created, that never gave us pause to think in half light. From that encounter, from the stories told around that fire, which once extinguished, maintains the hot coals within us, because we feel alive to wake up and head out towards the horizon, that’s where the fireflies live.


LINK NOW: Did you like this text? Subscribers can release five free accesses of any link per day. Just click the blue F below.