World Cup Canada: A new path to qualification for Qatar 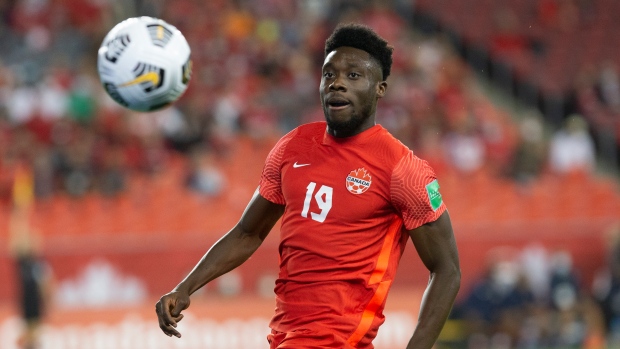 The Canadian men’s national football team is on the verge of qualifying for the World Cup for the second time.

The squad have been CONCACAF class to date, finding themselves top of the table 12 games into the qualifying finals, recording just one defeat.

With two games remaining, Canada’s path to qualification is straightforward. Even if the team falter and fail to pick up a single point from this point forward – an idea that long-suffering fans can’t get out of their heads – it still makes sense that Canada could be part of the men’s World Cup for the first time since 1986.

Here is a breakdown of the various paths and permutations that can leave Canada with a berth in Qatar.

ONE MORE WIN OR draw

This gives the squad the simplest path to victory. If they win or draw, they enter.

By giving Canada a first loss in the qualifying finals on Thursday, Costa Rica launched itself into fourth place in the standings, six points behind first-place Canada. Wins count for three points, draws one point and loses zero points. The top three teams are punching their ticket to the World Cup, so if Canada beat or draw with Jamaica, they would be out of Costa Rica’s reach and automatically qualify for the tournament.

Even if Canada loses to Jamaica, they can still qualify for Qatar if they win or draw in Panama in the last match on March 30.

Canada’s chances of winning on Sunday look good. Jamaica are already mathematically knocked out of progress further and have recorded just one win in their first 12 matches, although they did manage to hold Canada to a goalless draw when they hosted them last October.

Panama did not help itself with a 1-1 draw with Honduras on Thursday, falling back into fifth place, but given the current standings they may still be battling one last-ditch chance of qualifying.

TWO LOSES CAN STILL DO IT

Even if Canada loses both of its last two qualifying matches, the prospects are still bright.

If Canada weakens and Costa Rica wins its last two matches against El Salvador and USA, it is likely that both teams will draw in the standings in terms of points. But Canada still has the advantage on goal difference, which is the tiebreak in this scenario.

Canada have scored 13 more goals than their opponents in this qualifying round, while Costa Rica have scored just two more. So, unless Costa Rica can cover an 11-goal deficit in two games, Canada will still finish in the top three and secure a place in the World Cup.

THE WORST, THERE’S A GAME PLAYOFF

In the worst case scenario, Canada still has one last chance to reach a major tournament.

Canada could finish no worse than fourth place. The fourth-place team in the CONCACAF qualifiers participates in a single playoff match against a team from the Marine Football Confederation (OFC) for one of the last places in a major tournament. This match will take place in Qatar on June 13 or 14.

The OFC’s opponents have yet to be determined, but we know it will be New Zealand, Solomon Islands, Papua New Guinea or Tahiti.

If you’ve been thinking beyond the schedule for the next match, the next big date to keep in mind is April 1, when the groups for the World Cup will be drawn. The tournament itself will be held between November 21 and December 18, with most matches taking place in the morning in North America due to the time difference with Qatar.

With files from Anthony Vasquez-Peddie of CTVNews.ca

A version of this story, published before Sunday’s match between Canada and Costa Rica, incorrectly stated Panama and Costa Rica tied for the table. Panama was one point ahead.