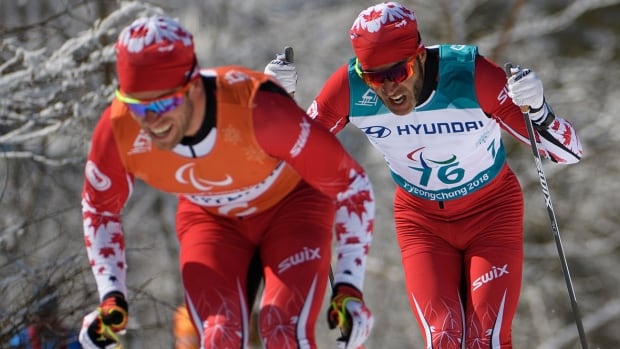 Legendary Canadian Paralympic cross-country skier Brian McKeever, who won his 15th career gold medal on Wednesday, will ski in his final career race at the Paralympics in Beijing this Friday night.

And one of his old guides, Graham Nishikawa from Yukon, will accompany him every step of the way.

Nishikawa said he had prepared for McKeever’s final career race – the blind men’s 12.5-kilometer middle-distance race – as he had done for all the other races he had participated in over the past 20 years, and not overcomplicated it.

“We’re just really focused on the process,” he said. “So find the fastest skis, make sure we’re rested and hydrated, and execute the race plan with Brian to the best of our ability.”

Nishikawa first guided McKeever, 42, during the 2014 Sochi Paralympics games. Over the past eight years, as the two have competed in different races around the world, Nishikawa says the two have become very good friends.

“We are on the same page about a lot of things. And we know each other and our feelings, our technique and the speed we can go,” he said.

This final race will be McKeever’s third during the Beijing Paralympics. He won gold in his first two races, where he was guided by Russell Kennedy. Overall, McKeever has won 19 Paralympic medals over the last six games, starting with Salt Lake City in 2002.

And while Nishikawa says he’s totally focused on the McKeever race, it will be his last race as a guide as well.

This year, he has taken over as the next generation national team coach for para-nordic skiing.

“I must have finished coaching, but I’m still here in the Paralympic sport which I really love, so I’m going to transfer my skills as a driver to coaching,” he said.