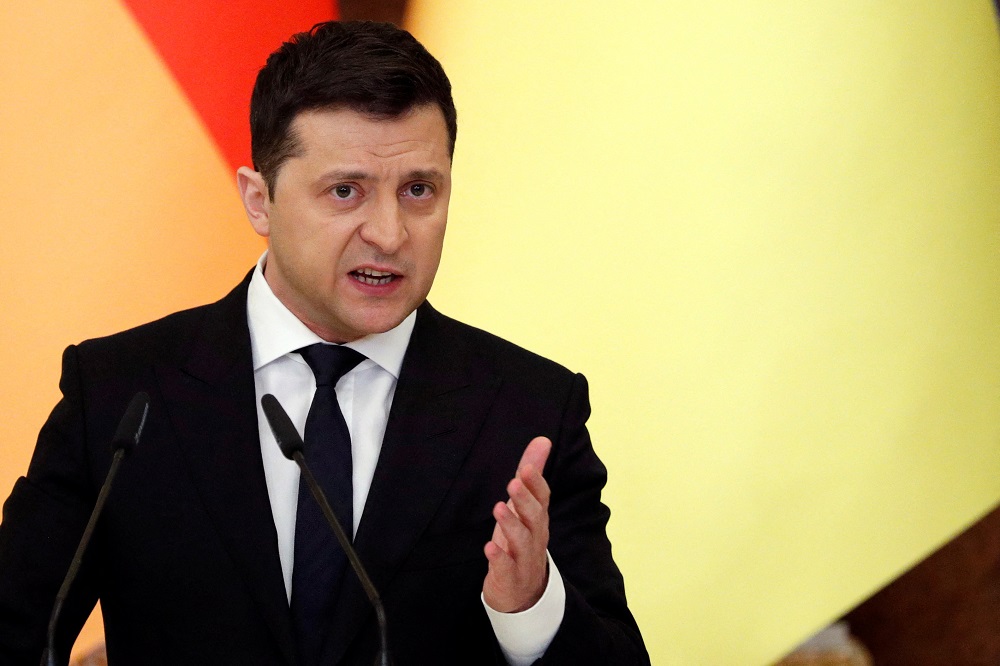 WASHINGTON (Reuters) – Ukrainian President Volodymyr Zelenskiy will on Wednesday submit an urgent application to the US Congress for further assistance in fighting the Russian invasion that has brought death and destruction and sent waves of refugees fleeing their country.

Zelenskiy’s virtual address to members of the House of Representatives and Senate, scheduled for 10:00 ET, comes a day after he appealed to Canada’s Parliament for more Western sanctions against Russia and the imposition of a no-fly zone over Ukraine.

The no-fly zone is a move US President Joe Biden and his NATO allies are reluctant to take. February 24. Biden on Tuesday signed a law that gives Ukraine $13.6 billion in emergency aid to help it get more weapons and humanitarian aid.

Zelenskiy has sought support for his country in recent weeks in several speeches to foreign audiences, including the European Parliament and Britain.

Support for Ukraine is a rare example of Republicans and Democrats marching in the sharply divided US Congress, with some lawmakers from both parties urging Biden to go further in helping Ukraine. There is some bipartisan support in Congress for sending fighter jets to Ukraine.

Republican Senate leader Mitch McConnell on Tuesday told reporters he did not expect Zelenskiy to seek direct US involvement or a no-fly zone, which could require NATO forces to fire on Russian aircraft.

“But there are a lot of weapons that are very effective in controlling the air,” McConnell said, citing warplanes that Poland offered to supply to Ukraine.

The speech will be broadcast live, unlike Zelenskiy’s private March 5 conversation with US lawmakers, in which he urged planes to help Ukraine counter Russian air strikes.

Biden announced a ban on oil and other energy imports from Russia and called for the suspension of the preferential trade status granted to Russia, which gives its export products lower tariffs in the international arena. The US House of Representatives is trying to pass legislation in response to Biden’s request this week.