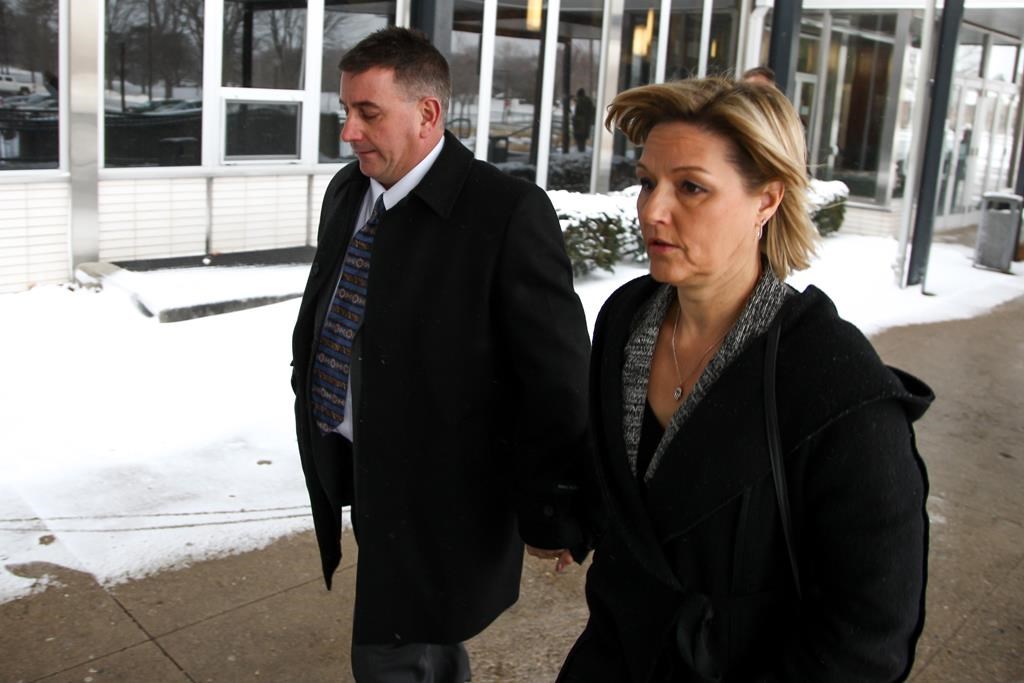 TORONTO — Eleven Canadian gymnasts who said they were abused by coaches Dave and Elizabeth Brubaker hailed news that the pair had withdrawn their appeal against their training ban.

Dave Brubaker, who coached Canada at the 2016 Rio Olympics, was banned for life by Gymnastics Canada last year after an internal investigation into multiple complaints. He had been suspended in 2017 after he was arrested and charged with multiple counts of sexual harassment. He was found not guilty, but GymCan launched its own investigation after numerous complaints.

The Brubakers have denied all allegations.

“While no punishment can or will reverse the damage done by the abuse we have experienced as athletes, we believe the Panel’s decision will serve to protect others and prevent future harm,” the gymnast said in a statement.

The eleven gymnasts — Melanie (Rocca) Hunt, April Nicholls, Alheli Picazo, Abby (Pearson) Spadafora, Alysia Topol, and six others referred to as “Athletes A, B, H, I, J and K” — comprise a core group of athletes who encourage third party investigations and testify in 2020 disciplinary procedures with Gymnastics Canada.

According to Bluewater Survivors, so named because Brubaker is coach and director of Bluewater Gymnastics in Sarnia, Ontario, a March 2021 disciplinary assessment found 54 counts of misconduct, including emotional, psychological, physical and sexual abuse, in the pair’s capacity as coaches. for several years, up to and including the year of Dave Brubaker’s arrest in 2017.

The gymnasts denounced the multi-year investigative process with Gymnastics Canada as “dangerous and compromising.”

“This focuses the perpetrator on the victim, adds to the trauma of the survivors, and prolongs what has been an endless nightmare.

“That process cannot be allowed to continue as it is.”

Gymnastics Canada has confirmed the Brubakers are withdrawing their appeal on Friday.

This is a bit of good news in a sport riddled with abuse allegations. More than 400 current and former gymnasts and coaches signed an open letter to Sport Canada calling for a third-party investigation into their sport, a story that caught the attention of U.S. Judge Rosemarie Aquilina, who famously sentenced Larry Nassar to life in prison in the U.S. gymnastics sexual harassment scandal. involving hundreds of girls and women.

Pascale St-Onge said since he was appointed Canada’s sports minister nearly six months ago, more than eight national sports organizations have faced charges ranging from sexual harassment to misappropriation of funds, including rowing, rugby and bobsledding.

“We are moving forward, and the unequivocal conclusion of this process marks the beginning of the opportunity to truly heal, individually and collectively,” wrote Bluewater Survivors.

“We are reclaiming our power and voice, and will use both to advocate for change and accountability. We will speak our truth – the truth – in time, and work to ensure that future generations of athletes, no matter their skill level or sport of choice, are spared what we are not.”

St-Onge is expediting a third-party mechanism within the Canadian Sports Dispute and Resolution Center (SDRCC) to hear harassment complaints. He vowed it would be operational by the end of the spring, and last week former swimmer artist Sarah-Eve Pelletier was appointed Canada’s first sporting integrity commissioner.

This report by The Canadian Press was first published April 13, 2022.