Danielle Smith returns to politics with a focus on UCP leadership 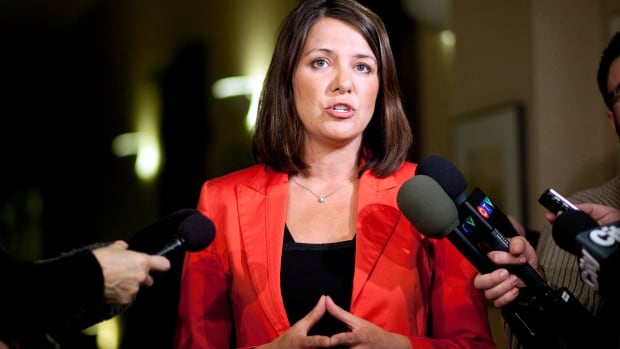 Danielle Smith, the former leader of the Wildrose Party, has confirmed to CBC News that she will be running for the United Conservative Party nomination riding Livingstone-Macleod.

He also confirmed that he would likely assume the leadership of UCP.

Prime Minister Jason Kenney’s detention in the party will be determined next month in a leadership review by ballot.

Smith is expected to make an official announcement tomorrow morning.

The former leader of the Official Opposition left the Wildrose Party in 2014 when he joined Jim Prentice’s ruling Progressive Conservatives. He brought his eight Wildrose Party members with him.

At the time, he defended his decision, saying “to me, this is declaring victory and uniting conservatives under one man’s leadership so that we can face some very significant challenges ahead.”

Duane Bratt, a political scientist at Mount Royal University, said he was surprised by the published comments from Smith said he is running now because he is upset the party turned the leadership review vote into a ballot and canceled the April 9 rally.

“There seems to be an assumption that Kenney is betraying the grassroots of the party,” he said.

“For him to criticize Jason Kenney for not listening to the grassroots is the pinnacle of hypocrisy.”

In 2015, Smith left politics after she lost her bid for the Progressive Conservative nomination in Riding Highwood, to Carrie Fischer, who was on the Okotoks city council.

That same night, Brian Jean was elected as the new leader of the Wildrose Party.

“To see two former Wildrose leaders go up against Kenney, you know, it just kind of further emphasizes how big the divide is between traditional PC voters and traditional Wildrose voters,” said political and pollster commentator Janet Brown on CBC Calgary News at 6.

Since taking a break from politics, the former journalist has hosted the daily talk show on Corus Radio, which he left in January 2021, and has written a number of columns.

Smith is currently president of the Alberta Enterprise Group.