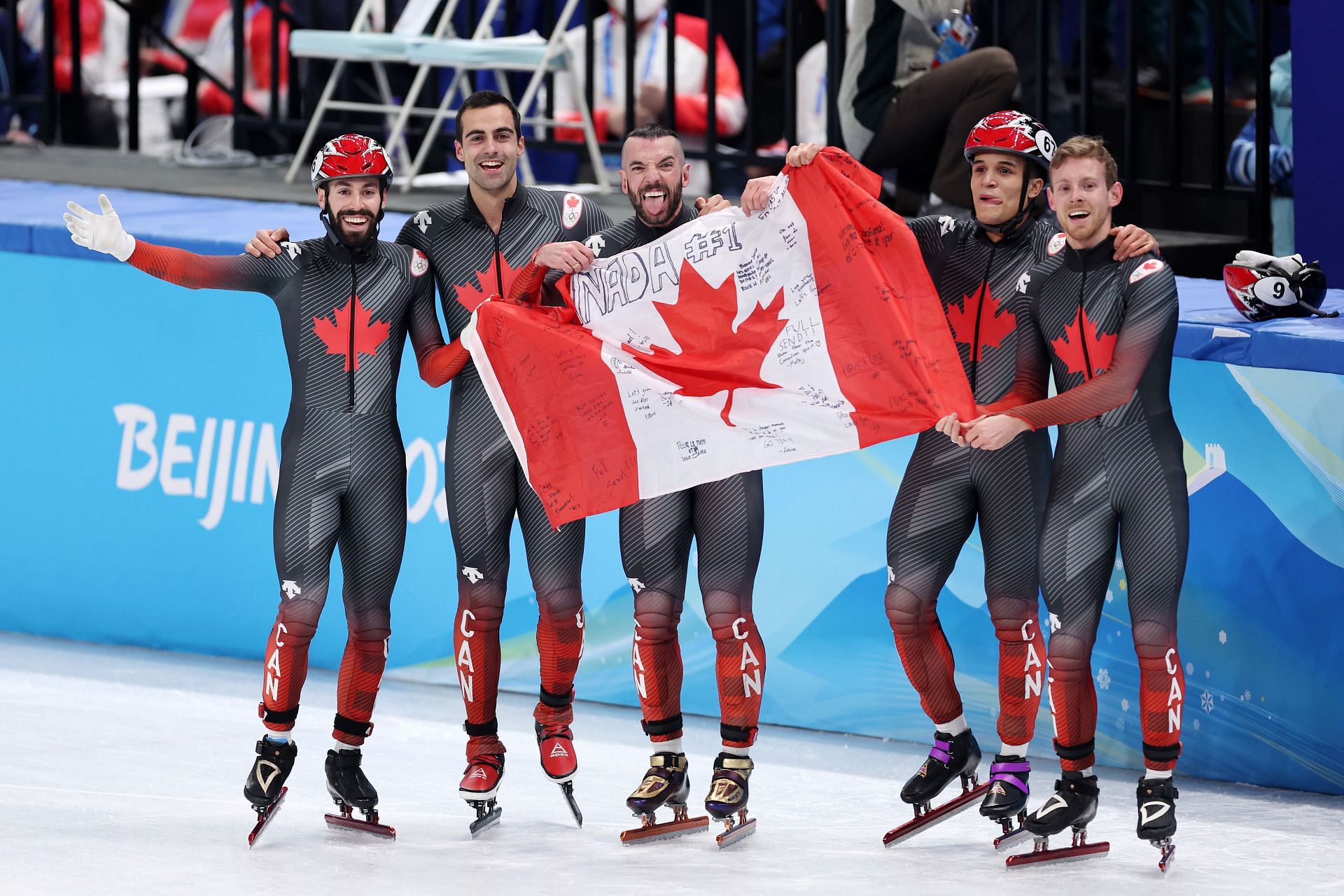 Four-time Olympic speed skating champion Charles Hamelin has hung up his boots after nearly a monumental 20-year career after winning a bronze medal for Canada at the World Short Track Championships in Montreal on Sunday (April 10).

After reaching the podium in the 5,000m relay, Hamelin said:

“In the end, medal color doesn’t really matter. We have lived the moment we wanted, with the crowd and the players. Anyway, the color we wanted, we got it a few weeks ago in Beijing.”

With friends and family cheering Hamelin from the stands, the 37-year-old declared that there could be no better way to end his two-decade career. He also descended onto the ice to slide on his farewell lap with his daughter Violette in his arms. The 38-year-old added:

“It means a lot to me. He’s a bit older but maybe he doesn’t understand what’s going on. But I’m sure he’s enjoying the moment with me. It’s one of the things I want to do and I’m happy about that.” happened here in Montreal. This is one of the best things that happened to me. The chance to finish at home, with my family in the stands, was the greatest feeling. It’s almost like any Olympics I’ve been to.”

One final medal for Charles Hamelin Canadian short track legend won bronze in his final race with Pascal Dion, Jordan Pierre-Gilles and Steven Dubois in the men’s 5000m relay at the world championships in Montreal https://t.co/NmjzNr5LKP

The main achievements of Charles Hamelin

Canadian Charles Hamelin competed at five Winter Olympics, with his first medal coming in silver in the 5,000m relay at the 2006 Turin Winter Olympics. He was part of the 2006, 2010, 2014, 2018 and 2022 Winter Games for Team Canada where he bagged six Olympic medals, including four gold medals.

Four-time Olympic champion Charles Hamelin officially hangs up his boots He celebrated with his team and daughter Violette after winning bronze in his last race 😍 THANK YOU for everything you did Charles #ShortTrackSkating #WorldShortTrack https://t.co/kFfO4j58Qc

Hamelin is the 2014 season overall World Cup winner and 2018 overall World Champion. With this, the 37-year-old athlete has won almost every victory the sport has to offer, making him one of the most famous and legendary short track speed skaters to ever grace the sport.