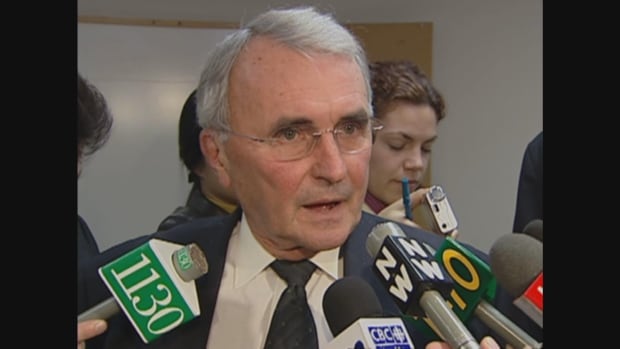 Puil was commissioner of the parks council for more than a decade before he became a city councilor in 1976, a job he kept for 26 years and 11 terms. He is a member of the NPA (Non Partisan Association).

He is also the founding chairman of TransLink and serves as chair of the Greater Vancouver Regional District.

Puil was also a teacher at Kitsilano Middle School for 35 years.

Its name may bring to mind the people living in Vancouver during the 2001 bus strike, which lasted 123 days.

Many people focused their anger on Puil, who was the chairman of TransLink and sat on the board at the time. A lot of excrement dumped in his front yard.

“It is said that he deliberately kept his home phone [number] published in the white pages and spent many evenings talking to constituents,” Klassen said.

But Puil is more than a politician – he’s also a famous athlete. In 1994, he was inducted into the UBC Sports Hall of Fame. He led the 1949 UBC Thunderbirds football team in scoring. At the end of the season, he joined the rugby team, where he once again excelled.

In 2017, he was inducted into the BC Football Hall of Fame for his achievements with the Thunderbirds.

Vancouver Mayor Ken Sim said in a statement that Canadian flags on city buildings would be lowered to half-mast in Puil’s honor.

“I, along with all my colleagues on the Vancouver City Council, are deeply saddened by the news of George Puil’s passing,” the statement read.

“George has an unparalleled dedication to this City.”

“Few residents have made meaningful contributions to this city like George Puil. His love of Vancouver and his years of selfless service act as an inspiration to all of us.”