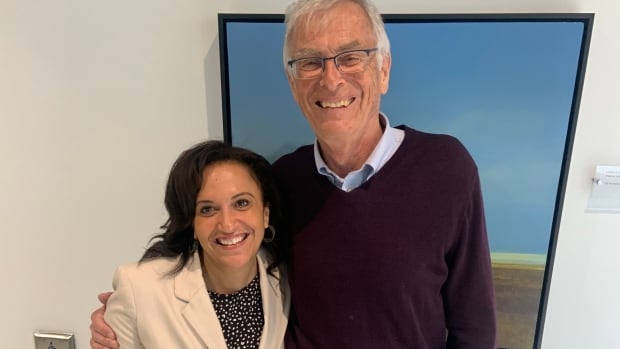 One of the co-authors of the report examining Nova Scotia’s recent election failure and where it should go next says Angela Simmonds is the best person to lead the effort.

Former senator Jim Cowan supports Simmonds, MLA for Preston, and led his leadership campaign. In an interview Wednesday, Cowan said he made the decision after knowing Simmonds in recent months.

“When I saw her I thought Angela had got the right combination of her professional training, her business coaching, her community engagement and I thought she was the right person to lead this process,” he said.

Cowan and one-time Liberal candidate Maura Ryan released a report earlier this month which examines issues that contributed to the defeat of the provincial elections in August. Along with campaign management, the report also highlights the growing disconnect between party members and volunteers and elected officials and those who run the party and government.

Cowan said for him the choice was clear.

While he called Churchill a friend and a “very good candidate,” Cowan said, Simmonds represented a new face for the party. And although he may be new to politics, Simmonds has experience working with communities and finding ways to bring people together in difficult situations, Cowan said.

He appointed his time as executive director of the Land Rights Initiative, a provincial government program that helps residents of historically black communities gain legal rights to their land.

“We know that there are communities in our society who feel alienated, feel untouchable – neglected – and it takes special skills to reach out to those people and regain trust and bring them into the group,” Cowan said. “And that’s what he did.”

Cowan said the main difference between this leadership contest and the one the party went through a year ago that resulted in Iain Rankin replacing Stephen McNeil is that the Liberals are now in opposition.

Not having the added burden of governing the province while trying to renew the party means the winner can fully focus on rebuilding, Cowan said. It is for this reason that qualities outside of political experience become more important, he said.

The deadline for candidates to enter the race is March 21. Party members will elect their new leader on July 9.