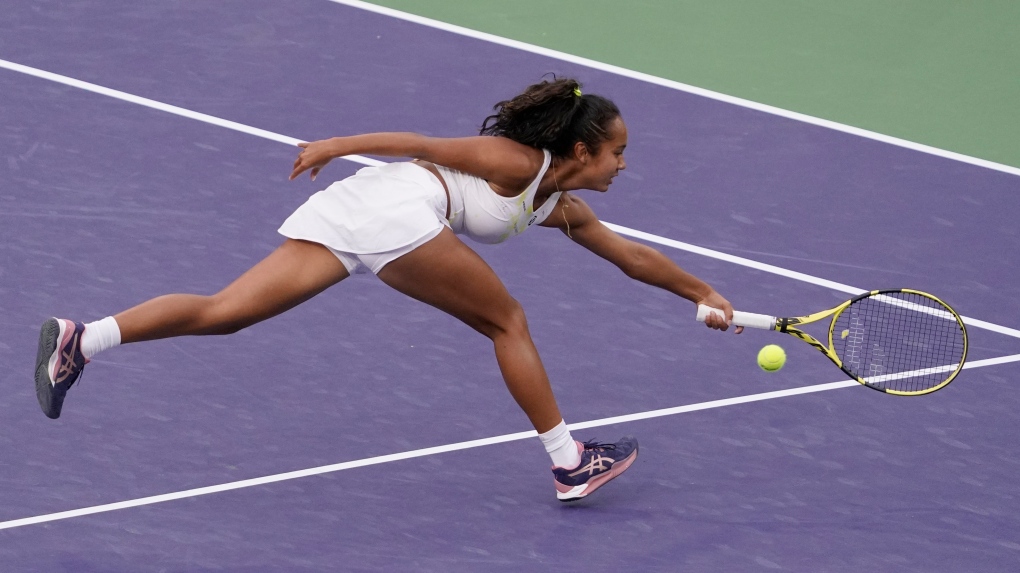 Leylah Fernandez of Canada has been eliminated from the BNP Paribas Open.

Fernandez arrived at Indian Wells having won at the Monterrey Open a week earlier, the second WTA title of his career.

Taylor Fritz beat Spanish qualifier Jaume Munar 6-4, 2-6, 7-6 (2) in the third round of the BNP Paribas Open, making him one of only five American men still alive in the desert tournament.

Fritz reached the semifinals at Indian Wells last year, his career-best result at the ATP Masters 1000. The son of former WTA Tour pro Kathy May has been on an upward trajectory since reaching the fourth round of the Australian Open in January – her best performance in a Grand Slam event.

John Isner beat 14th seed Diego Schwartzman, 7-5, 6-3, to reach the fourth round. The six-foot-11 American capitalized on her 16-inch lead, hitting 13 aces and frustrating Schwartzman with a clever drop shot. Isner didn’t even need a tiebreak; 18 of the 30 sets he played this year ended in tiebreaks.

“I really just bonded,” Keys said. “If I get a second serve, I’ll be more aggressive. When I get the chance, I’ll do it.”

“I felt he wanted to use his experience and trick me,” Swiatek said. “I like it because it’s like a new experience for me. I’m quite proud of myself that I was able to win against such a smart player.”

Simona Halep, the 2015 champion, beat Sorana Cirstea 6-1, 6-4. Romania are playing for the first time in 12 years and have split their four meetings.

“I felt like I played perfect in the first set,” said Halep. “The second set was a bit more difficult because I started to fall behind. He started to play a little bit better. But I think it was a strong win for me.”

Petra Martic of Croatia beat No. 28 Liudmila Samsonova, 7-6(6), 6-4. No. 6 Maria Sakkari advances as qualifier Daria Saville retreats 4-1 down with a left thigh injury.


— This Associated Press report was first published on March 15, 2022