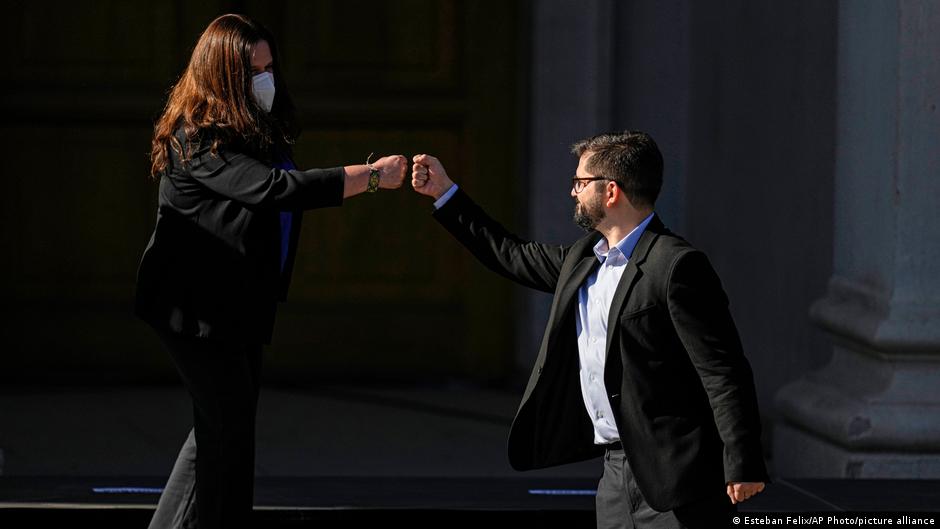 “I believe that our own history is important to what we want for the future,” Maya Fernandez, the new defense minister candidate, told AFP news agency. The 50-year-old politician is the grandson of Chile’s Socialist President Salvador Allende, who was ousted by a military coup led by General Augusto Pinochet.

Since Pinochet’s coup on September 11, 1973, Maya Fernandez lived in exile with her family in Cuba until 1992, when she was 21 years old. After that he started to get involved in politics.

President Gabriel Boric, who will become Chile’s youngest president at the age of 36, has formed a cabinet of 24 ministers, 14 of whom are women. What is also special is that 6 members of his cabinet were born, lived or studied in exile. They were among more than half a million Chileans who fled the Pinochet dictatorship, 1973-1990. Many of them are victims of torture, detention and repression.

A new minister with a history of exile

Marcela Rios, the nominee for minister of justice and human rights, said that those who had studied abroad and had “differentiated multicultural and professional training, were a contribution to the vision of the country.” They bring “different views on the problem, incorporating lessons from other countries,” he said.

Marcela Rios was 13 years old when her family fled as refugees to the Canadian province of Saskatchewan with the help of several nuns. Meanwhile, the future foreign minister, Antonia Urrejola, was 6 years old when her parents were forced to seek asylum protection in the UK.

The new health minister, Begona Yarza, was stranded in Cuba after a military truck took her family to an Air France plane that landed in Havana after several other stops.

Alexandra Benado, who will become minister of sport, was born in Stockholm in 1976, where her parents lived in exile, before moving to Cuba. His mother, an activist with the Revolutionary Left Movement, was assassinated in 1983.

Biologist Flavio Salazar, 56, who will become science minister, was born in Buenos Aires. His family returned to Chile in 1971 after Allende’s victory. But they had to flee to Sweden in 1984. His father was a member of the Communist Party involved in the protest movement against the military regime.

Exile experience is an important contribution

Maya Fernandez was just a baby when her family fled abroad. “That’s why I have no memory of Chile, of its history,” he said. But his parents continued to teach him about “its culture, food and customs.”

His grandfather, Salvador Allende, was killed when the presidential palace in the capital Santiago was bombed in a military raid. His mother Beatriz Allende took his own life, four years after the coup.

Marcela Rios used her experience in exile to contribute to one of the latest United Nations Development Program reports on inequality in her country. “Chile is a country where the elite is very secretive, very small, very homogeneous, and often intertwined in personal networks from their time at university and at school,” he said. hp/yf (afp)