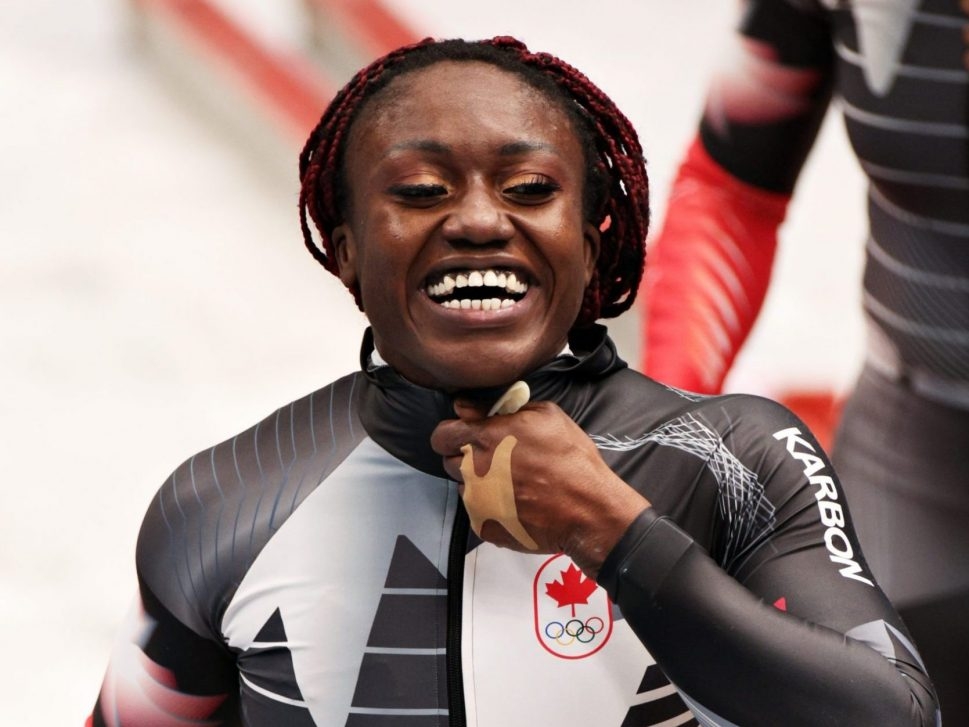 Under criticism from current and former athletes calling for her resignation, Bobsleigh Canada Skeleton president Sarah Storey said Friday she was committed to the organization and a mediation process that will unfold in the coming weeks and months.

“I am absolutely committed to fulfilling my responsibilities and seeing this through, whatever the outcome of that process,” said Storey, who was first elected president in 2014, after serving two years as vice president.

“It is very important to me that I have the confidence of an ongoing athlete membership. We have a very strong process. I’m a volunteer. I am an official elected by our members and we are very direct democratic. Every member of our national team has a say in that. It’s a democratic process. It is very important to me that there is a real opportunity for the athlete membership to have a voice in a constructive way and to follow all the processes.”

A letter purportedly signed by 60 current and former BCS athletes was sent to the BCS board of directors earlier this week, outlining athletes’ concerns about cultural, safety, transparency and governance issues. The letter also said the unnamed athletes requested the immediate resignation of Storey and high-performance director Chris Le Bihan.

BCS board members responded to the concerns raised in the letter by undertaking a mediation process.

“We have worked with our funding partners who ensure our athletes have a forum, only them, with highly trained, experienced independent mediators, to raise issues and fix them and then take them to a larger meeting led by the same mediator,” said Level .

“The mediator will refine this process based on discussions with the athletes. Larger meetings will be taking place with the BCS board and staff and our funding partners – Podium Owners, Sports Canada, Canadian Olympic Committee – to make sure everyone is at the table.”

A mediator has not yet been selected, but once one is placed, the preferred method is to hold separate sessions with the skeleton and bobsleigh athletes, and a third session with the entire group. Some of that may have to happen virtually, though the hope is to have live mediation sessions with athletes, possibly in Calgary.

Bobsleigh pilot Cynthia Appiah said she signed the letter because she did not believe BCS was running an “athlete-centred” program and she had particular concerns about athlete safety. He cited his own inability to get BCS to provide physiotherapy after he fell several times during prolonged training in Whistler, BC in the spring of 2020.

“I really think the relationship between the athletes and the staff hasn’t gotten much better, but the relationship between the athletes and the team itself is getting better and that’s why we’re seeing this big push happen because if we get back to where we were. before 2018, the support we gave each other wouldn’t exist and we wouldn’t have the big push to change things now.”

We apologize, but this video failed to load.

Storey said he heard some roars of discontent during the Olympics.

“I became aware during the Olympics from some of the social media posts of some skeleton and former skeleton athletes, so I knew there were some questions. I certainly did not anticipate the anonymous letter being sent to the media simultaneously or before it was sent to any of the directors.

“It’s disappointing the way it was presented, mentioning certain people, calling for resignation. I’m disappointed it’s not about a solution. It definitely doesn’t feel great, that’s for sure. ”

He said he believed in the values ​​set by the athletes and BCS staff during the shared cultural shift after the 2018 Olympics, and he had great respect for athletes.

“I hope they have a very good discussion for them and for the future of this team, that they can come out of there stronger and with unity.”