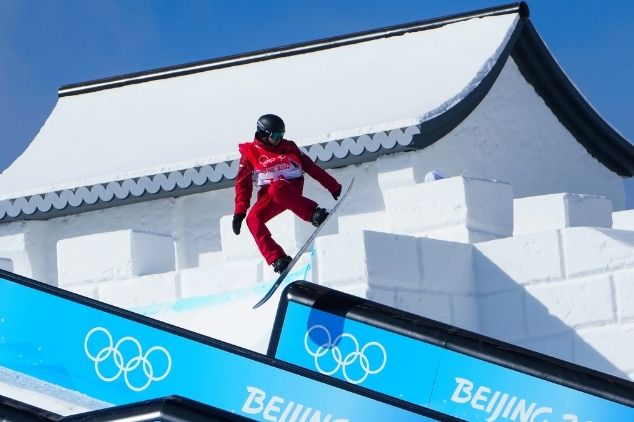 The Winter Olympics had one of the best moments of this morning’s competition. Three years after beating cancer, Canadian Max Parrot won a gold medal in one of the most contentious men’s downhill snowboarding events in Olympic history.

Competing against 17-year-old Su Yiming of China head to head for the lead, Max Marrot achieved an expressive score of 90.96 points in two of his three breeds to win the gold medal, successfully improving his performance at the Winter Olympics held in South Korea in 2018.

Su Yiming ended in second place with 88.70 points. Everything suggested that the third lap would be golden, but the second drop presented a technical problem in the move that led to the loss of the decisive points. The bronze medal went to fellow Canadian Mark McMorris, who managed to repeat his 2018 form with 88.53 points.

All three athletes managed to overcome the favoritism of Olympic champion Redmond Gerard. Below many expectations, the American was disappointed and could not return to the podium, leaving only 83.25 points.

Max Parrot makes history at Olympic games from Beijing with his sporting victory right after his personal victory. After finishing runner-up in PyeongChang, the Canadian was diagnosed with Hodgkin’s Lymphoma, a cancer of the lymphatic system in 2018. There were 12 chemotherapy sessions carried out until 2019, when the disease was eliminated.