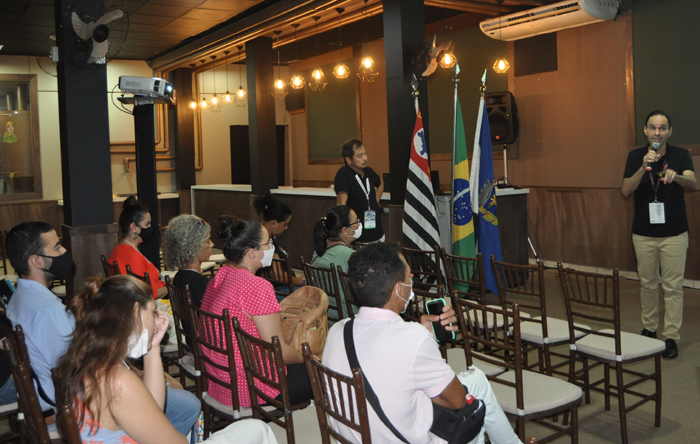 RIBEIRÃO PRETO (SP) – Among the trainings held during the 24th Avirrp Exhibition, in Ribeirão Preto (SP), Air Canada provided travel agents with important information about its operations in Brazil. Hugo Franco, the airline’s account executive, began by saying that the country is one of the most important destinations for companies in South America.

“Air Canada is the only airline with direct flights between São Paulo and Toronto, which now also has an extension to Buenos Aires, Argentina. There are four weekly flights on an aircraft configured with three classes. We also have flights between São Paulo and Montreal three times a week and now all year round”, he said, noting that both frequencies connect with the rest of Canada as well as with the United States.

After that, Franco talked about the comfort offered by Signature Class, Air Canada’s business class, which has seats that recline 180 degrees, and about the baggage allowance. “We are the only company that offers the release of two 32 kilograms of luggage. which is still a financial benefit,” he said.

With two routes in Brazil, Air Canada saw an increase of 41 thousand seats compared to 2019. “This allows us to offer more competitive prices, including the United States. For the US, Air Canada’s big advantage is doing American immigration at Toronto and Montreal airports, in addition to being able to obtain a Canadian electronic visa (eTA)”, explained Giancarlo Takegawa, director general of Canadian airlines.