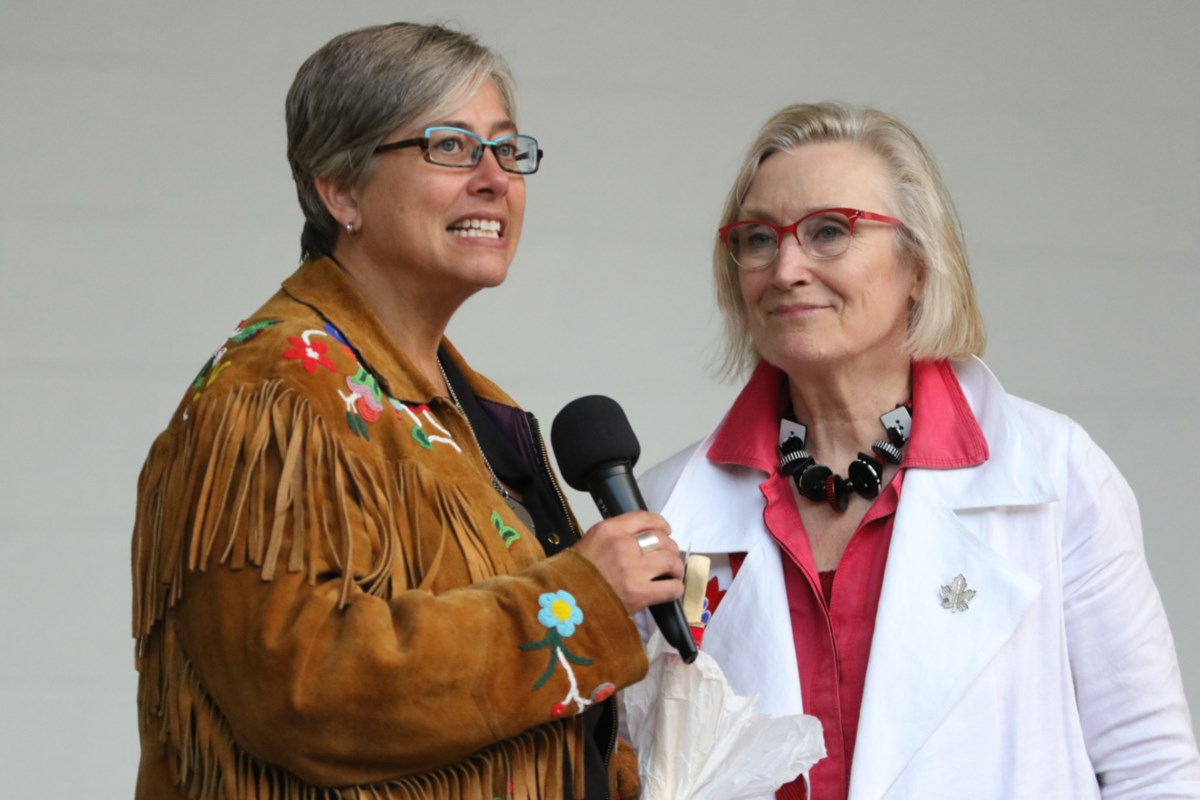 ‘It’s about how we can advance dialogue with the (Catholic) church in a way that focuses on truth, reconciliation, healing and justice’

Métis Nation of Ontario President Margaret Froh said Pope Francis’ anticipated visit to Canada—perhaps this July—is about homeschooling survivors and not about politics.

“It’s really about the survivors. It’s about how we can advance dialogue with the (Catholic) church in a way that focuses on truth, reconciliation, healing and justice. That’s what matters from where I sit. It’s all about survivors,” Froh said in an exclusive interview with Windspeaker.com.

He said the Pope’s visit should be to a place where he can meet most of the survivors and experience the Métis community.

That means the Pope will have to head to Manitoba, said David Chartrand, president of the Manitoba Métis Federation (MMF).

“I want to assure our citizens that one of the important messages we will pass on to His Majesty is the urgency of coming to the Heart of the Motherland Red River Métis to bless the final resting place of our great leader, Louis Riel,” Chartrand said in a statement last week. “His faith played an important role in the evolution of our Nation. Red River Métis, the people of Riel, will begin to find peace and justice through this important act of reconciliation.”

The MMF will hold a private audience with the Pope at the Vatican on April 21. The meeting came about three weeks after delegates from the Métis National Council (MNC), the First Nations Assembly and the Inuit each had private audiences with the Pope. last week of March.

Froh, whose MNO is one of the four Métis governments that now comprise the MNC, said that was not a call the MMF could make and that MNC President Cassidy Caron would talk to the Vatican about places the Pope should visit.

“I think there must be some challenges that we face…with the Red River Métis fish in our ponds; the argument that there is only one democratically elected government and that it is the MMF, is plainly wrong. I think it’s a very political issue…(and) the Pope’s visit is not, and shouldn’t be, about politics,” he said.

The relationship between the Pope and survivors of the Métis residential school is particularly important given how Métis has been excluded from much of the work done by the federal government to make up for Canada’s role in India’s housing school system, which operated from the 1880s until the last one closed in 1996, Froh said. .

In its final report, the Truth and Reconciliation Commission on India’s housing school heritage included an entire volume entitled “The Métis Experience.” The Indian Housing School Completion Agreement (IRSSA) deals with federally funded and church-run Indian housing schools. While many Métis attend these schools, they also attend church-run schools that are not federally funded and, as such, Métis are not fully included in the IRSSA.

“It is a shame that this damage has not been addressed and repaired,” the TRC wrote, calling on churches and particularly the federal government to take the necessary steps to address and remedy the omission.

While the Pope was on Canadian soil, Froh said he hoped he would give a “full formal apology that includes references to the role the church plays.”

On April 1, in a general audience with the three Indigenous delegates, Pope Francis said, in part, “On the disgraceful behavior of the members of the Catholic Church, I ask God’s forgiveness and I want to tell you with all my heart. : I am so sorry. And I join my brethren, the bishops of Canada, in apologizing.”

The expression of grief was unexpected, said Froh, who thought the Pope was so moved by the stories of the survivors that he needed to reach out to him.

“I think he spoke from his heart. I think he must have acknowledged and spoken of his grief at the role Catholics play in the system. What I didn’t hear him talk about was the role of church institutions,” he said.

Froh was not one of the eight MNC delegates who traveled to Rome last week to meet with the Pope. He said with less delegation, priority was given to Elders and housing school survivors as well as intergenerational survivors. The delegation was led by Caron, whom Froh praised for his strong voice.

Froh kept in touch with the delegates via text and watched television coverage of the event. He said he was moved to tears when someone sent him a video of two young men dancing for the Pope.

He credited the discovery of an unmarked grave in a former residential school last summer for also prompting the Pope to apologize personally.

He said the graves had also created awareness of the Canadian public in general, evidenced by the inability to find an orange T-shirt when the first annual National Day of Truth and Reconciliation was commemorated last September.

“Suddenly we’re talking about children’s bodies and I think it’s the first time for a lot of Canadians when it’s gone from some kind of historic fact to something very real and they can relate to,” he said.

Froh recalled the words of TRC Chairman Murray Sinclair who said that success would be based on the degree to which the average Canadian can engage in understanding and feeling that they want to do something.

Froh said it would be the work of Indigenous groups to get Canadians involved on this path to reconciliation as more graves were discovered and Canadians began to “switch off” in an attempt to cope with “very challenging information.”

He added that last week’s visit to the Vatican, the Pope’s apology and “very positive” coverage of the event by mainstream media “is another very important step in advancing that work” and keeping Canadians focused on the issue.

Froh said records from the Catholic church of Métis students attending boarding schools and daily schools, as well as repatriation of artifacts and cultural goods were also important next steps in the reconciliation and healing process.

Shari Narine is a Local Journalism Initiative (LJI) reporter for Windspeaker.com. LJI is funded by the Government of Canada.