We are with Ukraine, said Johnson with Trudeau, Prime Minister of Canada 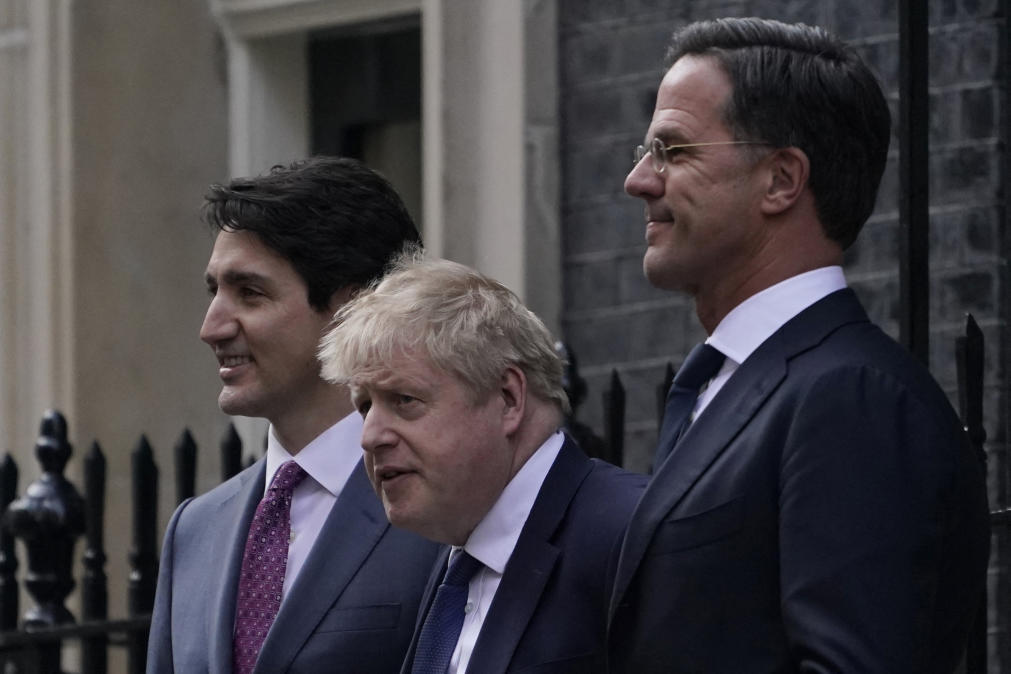 British Prime Minister Boris Johnson posted a video Monday with Prime Ministers Justin Trudeau of Canada and Mark Rutte of the Netherlands with a message of unity after Russia’s attack on Ukraine.

“We stand with the Ukrainian people in the face of the aggression they have suffered at the hands of Vladimir Putin and Russia,” Johnson said.

The trio gave a joint press conference today. Johnson announced a new financial aid package for Ukraine. He will send 175 million pounds sterling (about R$1.16 billion) to a country that is being attacked by Russia.

In his speech, Johnson considered that it was time for “Ukraine friends to create an alliance of humanitarian, economic and military defense support, to ensure that (Vladimir) Putin fails in his disastrous invasion”.

Still in their speeches, Boris Johnson, Justin Trudeau and Mark Rutte stated that the three countries “side by side” against the Russian invasion.

third round of negotiations

Russia and Ukraine held today, in Belarus, the third round of negotiations for the withdrawal of Russian troops from enemy territory. Again, the meeting ended without an agreement, but with a “minor evolution”.

The spokesman for the Ukrainian delegation, Mykhailo Podoliyak, explained that talks had moved, albeit minimally, towards improving conditions in the humanitarian corridor.

“The third round is over. There is a bit of a positive evolution to improve the logistics of the humanitarian corridor,” he wrote on Twitter.

“We are continuing intensive consultations on the basic regulatory political bloc, along with a ceasefire and security guarantees,” he said in a video.

The corridor problem has become sandwiched between the sides. Russia claims it has entered into a ceasefire to open humanitarian corridors for civilians to flee in Kiev, Khariv, Mariupol and Sumy. But Ukraine denies that civilians can only leave the country if they follow Belarus or Russia itself.

Moments before the meeting, the Russian side was firm in its demands. Wre they:

“We are finishing the demilitarization of Ukraine. Let’s finish this. But the most important thing is for Ukraine to stop military action. If they do that, no one else will shoot,” Kremlin spokesman Dmitry Peskov said.