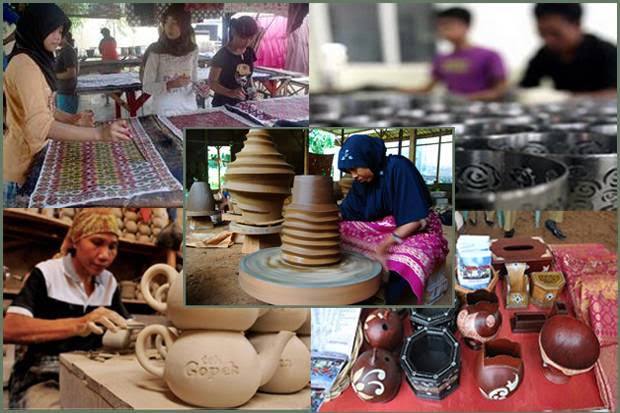 The government continues to improve the competitiveness of MSMEs. Photo/illustration

JAKARTA – Realizing the importance MSME as the backbone of the economy, the central government makes various efforts to improve the quality and competitiveness SMEs. Among other things, through the Job Creation Law which provides various facilities for micro and small entrepreneurs for business development.

The Coordinating Ministry for Economic Affairs (Kemenko Ekonomi) views it as important to learn from other countries in terms of improving the ecosystem and competitiveness of MSMEs. In collaboration with the NSLIC/NSELRED Project (a project funded by Global Affairs Canada/GAC), the Coordinating Ministry for the Economy held an online discussion sharing learning between countries.

Secretary of the Coordinating Ministry for Economic Affairs Susiwijono Moegiarso said that the Job Creation Act mandates convenience, protection, and several empowerment of MSMEs, ranging from licensing, funding, to training. All these facilities are expected to encourage the growth of MSMEs in Indonesia which will have an impact on job creation.

“All participants will be able to enrich their horizons by getting lessons from international best practices on increasing economic competitiveness taken from policies that have been implemented so far by several OECD member countries,” said Coordinating Minister for Economic Affairs Susiwijono, in a statement received on Sunday. (31/10/2021).

Reports from the Indonesian Banking Development Institute and Bank Indonesia show that the barriers for MSMEs are in the form of internal barriers (access to finance, human resources, legality and accountability) and external barriers (unsupportive business climate, lack of infrastructure support and access to raw materials and access to international markets). ).

Meanwhile, the Canadian Ambassador to Indonesia, HE Cameron McKay, said that all parties are aware of the importance of MSMEs. In Indonesia, 64 million MSMEs provide jobs for 97% of the national workforce. Canada is committed to working with Indonesia, in particular with the Coordinating Ministry for the Economy, in its efforts to improve the quality and competitiveness of MSMEs in Indonesia.

Read also: Should Women Do Jihad? How Does Eve’s Jihad Form Today?

According to McKay, MSMEs basically have an important role in the Indonesian economy. As many as 97% of the workforce in Indonesia work in the MSME sector and this sector contributes 61% to GDP.

However, one of the sectors most affected during the pandemic is MSMEs. Based on a study report by the LPEM FEB University of Indonesia and UNDP in September 2020, the highest increase in unemployment occurred in the MSME sector. 9 out of 10 MSMEs in Indonesia experienced a decline in demand for their products during the pandemic.