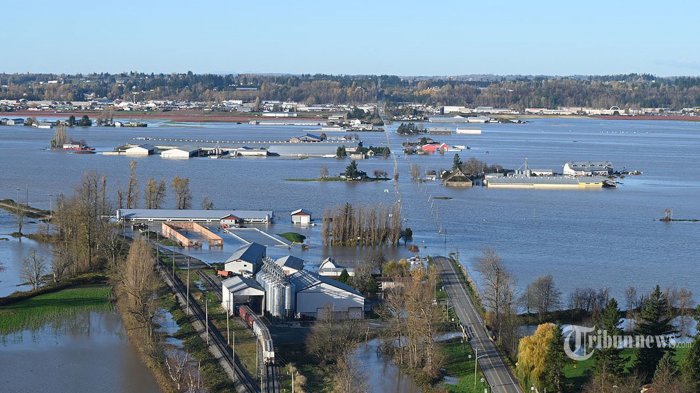 TRIBUNNEWS.COM, CANADA – Days of rain that lashed Canada especially in the Province of British Columbia caused heavy flooding and landslides. The following is a photo of the damage that occurred on Wednesday (11/17/2021).

The disaster cut off all rail access to the port of Vancouver, which is Canada’s largest port. Floods cut off harbor roads, trapping passengers for days.

Authorities have so far confirmed one death after heavy rains and landslides destroyed roads and left several mountain towns isolated.