US to Form Coalition to Help Ukraine from Russian Invasion 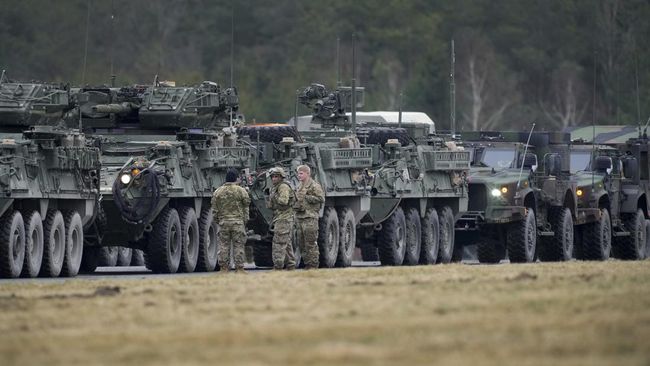 White House Chief of Staff Ron Klain said President United States of America, Joe Bidenwill create a new coalition that has never happened before, Tuesday (1/3). However, he declined to comment on the question of whether Biden would take concrete military steps against Russia.

“What has been brought together is an unprecedented coalition, NATO plus our European Union partners, the UK, Canada, Australia and Japan, to do two things, namely to provide all the assistance and implement unprecedented joint sanctions against the country. as big as Russia,” Klain said in a joint interview CNN.

“So what you’re going to hear from the President tonight is about the coalition he’s helped create, which he’s led in bringing together,” he continued.

He continued his remarks, as well as further steps to tighten sanctions on oligarchs who support Russian President Vladimir Putin, who benefit from the Putin regime. The coalition will also play an active role in providing military and humanitarian assistance to Ukraine.

In addition, Klain highlighted the imposition of sanctions from various world countries on Russia due to the invasion. He assessed that there was a strong desire from the global community to punish the Putin regime.

“It’s hard to impose sanctions like that on a country as big as Russia. It’s hard to get everyone together to do that. I think that’s why you see Democrats and Republicans, including people who supported Joe Biden before, declare this effort, this global effort to punish Putin and his regime is getting stricter and stronger than they thought,” he said.

When asked about Putin’s mental health, Klain declined to comment. However, he sees Putin as doing something he has never done so far, namely launching a completely unwarranted and unjustified invasion of a country as big and significant as Ukraine.

Previously, CNN had reported that US intelligence services were focusing on evaluating Putin’s mental health at this time. The goal, so that the US can find out how it affects the way Putin handles the conflict in Ukraine.