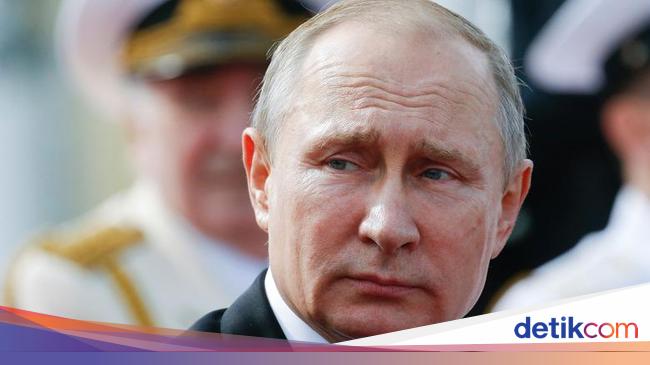 Seen by detikINET, Monday (21/3/2022) this account has 1.7 million followers, but only follows 22 people. His posts are various activities of Putin as the leader of Russia, very formal.

Of the 22 accounts, of course Putin follows the official @KremlinRussia account, which is the center of the Russian government. Putin also follows the accounts of the Russian Foreign Ministry and Deputy Head of the Russian Security Council Dmitry Medvedev. Russian state media, RT and Sputnik of course also follow him. The world leaders that Putin follows are 2 former US presidents, namely Barack Obama and Donald Trump, NATO Secretary General Jens Stoltenberg and former Canadian PM Stephen Harper.

Where’s the weirdness? There is an account that Putin follows which is somewhat anomalous and suspicious because it is different.

For some reason, Putin follows action actor accounts Arnold Schwarzenger at @schwarzeneger and also Tesla and SpaceX boss Elon Musk’s account at @elonmusk. Is Putin a fan of Arnold and Elon Musk? Unclear. Okay, maybe because Elon is the boss of the technology and space company, but if Arnold why?

Reported by News.com Australia, there is an analysis from William Partlett, Associate Professor from the University of Melbourne. First, he believes that Putin’s Twitter account is part of Russian propaganda and is managed by a special admin.

His tweets are always in English – not Russian – which means they are aimed at international followers not Russians.

“As far as I can see this account is to push information to outsiders and try to influence some figures in the West,” he said.

So when a few days ago Elon Musk challenged Putin to a duel, Putin clearly knows because he follows Elon Musk. Arnold is also known to oppose the Russian invasion. Why does Putin continue to follow Elon and Arnold, as well as Western leaders who oppose him?

“It appears to be trying to convince the public in Russia and abroad that Putin is doing the right thing, or to confuse and provide alternative sources of information.”