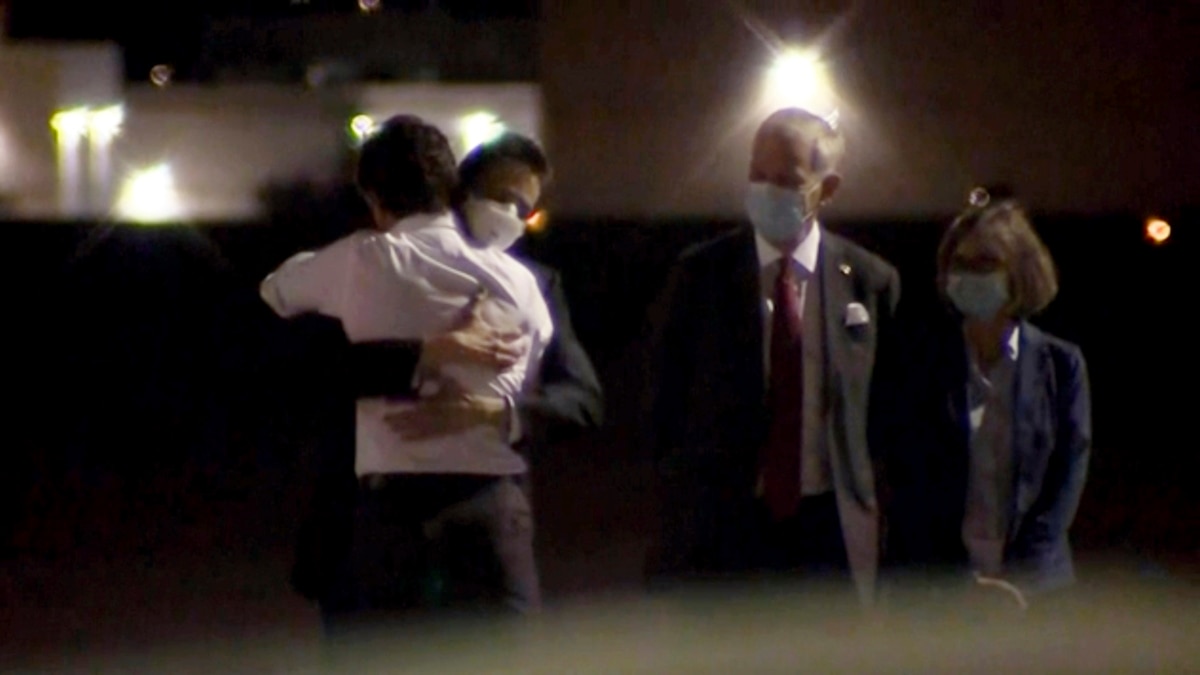 People detained in global hostage diplomacy cases were returned to their respective countries of origin, namely to Canada and China on Saturday (25/9) after being released on Friday (24/9) night.

Michael Spavor and Michael Kovrig of Canada are greeted by Prime Minister Justin Trudeau after their plane landed in Calgary, Alberta, Saturday morning.

They were arrested in 2018 in China, less than two weeks after Huawei executive Meng Wanzhou’s arrest in Canada on a US extradition request. The three were detained for more than 1,000 days.

Meng’s flight to China landed minutes after Spavor and Kovrig arrived in Canada. Before arriving, the delay in Meng’s return became the main news development on the afternoon report China Central Television.

Meanwhile, Foreign Ministry spokesman Zaho Lijian reposted on social media a report about his departure from Canada which also included the message “Welcome back.”

In a hasty press conference on Friday evening, Trudeau said, “over the past 1,000 days” Spavor and Kovrig “have demonstrated strength, tenacity, resilience and sincerity.”

Hours earlier, Meng, who is still under house arrest in Canada, reached an agreement with the US Department of Justice, allowing her to return home. The US accused him of fraud in his transactions with banks on behalf of Huawei.

US Secretary of State Antony Blinken said in a statement, “The US government supports the international community in welcoming the People’s Republic of China’s decision to release Canadian nationals Michael Spavor and Michael Kovrig after more than two and a half years of arbitrary detention.”

Kovrig, a former Canadian diplomat, works for the Brussels-based International Crisis Group, a company that describes itself on its website as an “independent organization working to prevent war and shape policies that will build a more peaceful world.”

Comfort Ero, interim vice president of Crisis Group, said in a statement, “The day we have been waiting for for the past 1,020 days has finally arrived. Michael Kovrig is free… welcome back home!” [rd/ft]