More and more countries are bombarding Russia with sanctions 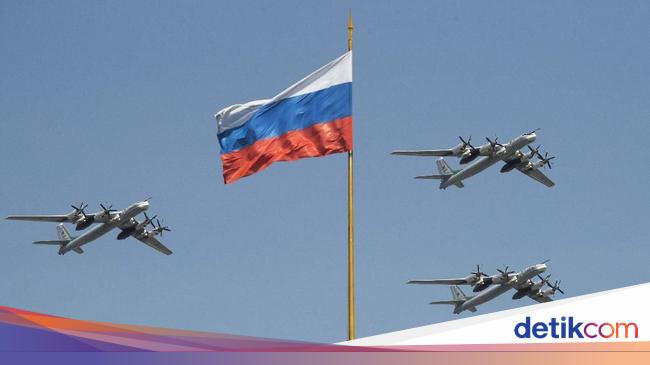 Many countries in the world imposed sanctions on Russia for attacking Ukraine. Over time, the number of countries that impose sanctions is increasing.

Quoted from CNN, there are the United States (US), the European Union, Britain and Canada which have issued a ban on Russian banks being able to transact on SWIFT.

This means that Russia can no longer be involved in payment transactions between countries using the SWIFT network. Then Germany also stopped certifying the Nord Stream 2 gas pipeline.

Various countries also condemned the military offensive that has been going on for the past few days.

As a result of the attack, Russia is now getting the sap. Shares and the country’s currency The ruble is in free fall by up to 30%.

“The sanctions state things that do not make sense. Everyone knows that the President has no assets except those he declares every year such as cars, apartments and bank deposits,” he explained.

The European Union, US, UK and Canada on Saturday kicked Russia out of SWIFT, the world’s largest global financial transaction service.

SWIFT is a system that connects 11 thousand financial institutions for payment transactions. European Union Commission President Ursula von der Leyen said this decision was to freeze the assets of the Russian central bank so that they could not transact.

“We will stop Putin,” he said in a statement.

In addition, rich Russian people who are in the country will also be limited in their transactions.

French President Emmanuel Macron said this could have an impact on Russia’s economy and political elite. The sanctions are expected to hit Russia’s financial, energy and transport sectors.

Swiss President Ignazio Cassiss also announced that he would freeze the assets of the Russian rich.

Australia also sanctioned Russia by imposing travel bans and targeted financial sanctions on the eight members of the Security Council of the Russian Federation. New Zealand banned the export of military goods to Russia in response to the invasion of Ukraine.

Taiwan strongly condemns the attack and the country will impose economic sanctions on Russia. The United States imposed sanctions by prohibiting Russian financial institutions from transacting using US dollars.

The UK imposed sanctions by preventing Sberbank from transacting clearing payments in Sterling. Other banks such as Otkritie, Sovcombank and VEB will have their assets frozen.