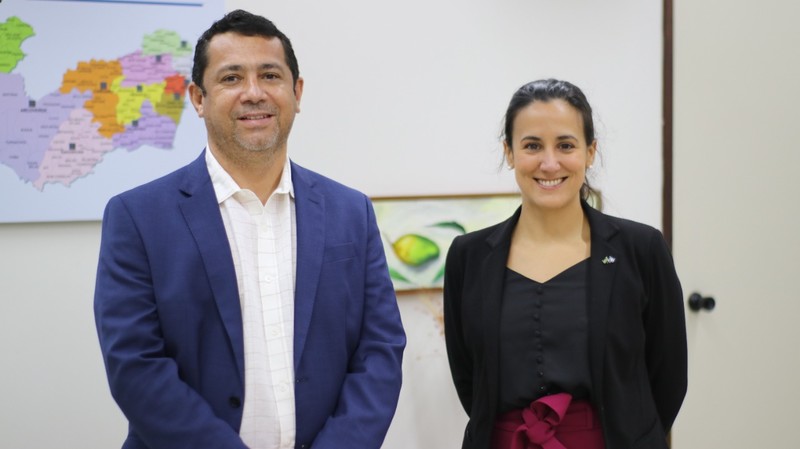 There are more than 150 vacancies offered by 17 companies. The information will be conveyed by the Deputy Consul of Canada, Sarah Sanchez

Pernambuco is the stage for the launch of important job opportunities for engineers from all over Brazil. Canada’s Deputy Consul and Prospects and Promotions Advisor at the Quebec Office in São Paulo, Sarah Sanchez, announced a job fair, with 17 companies participating, offering options in several engineering fields, with more than 150 spaces available. He will present the information in Crea Convida (23) this Tuesday, with the theme Job Opportunities for Engineers in Québec.

Sarah Sanchez will provide details on Journées Québec Engenharia and technical positions. The recruitment mission, organized by the economic development agency of the city of Montréal, Montréal International, comes with vacancies for professionals in the fields of manufacturing, engineering and machinery. There are vacancies for civil, mechanical, electrical, production, mining, chemical, hydraulic construction. Contracts are executed by private and public companies in Québec. To apply for vacancies, simply register on the online platform. Applications are open until September 25. There are also opportunities in the technical field. At Crea Convida, the deputy consul promised to explain how interested engineers can apply and participate in the selection of vacancies.

Still in live, there will be participation from civil engineer Paula Lima. He has lived in Québec since 2015. He took 10 years of experience as a civil engineer in Brazil in his luggage, where he worked on the renovation of the Governador Magalhães Pinto Stadium (Mineirão) for the 2013 Confederations Cup and 2014 World Cup, on the construction of the Velodrome for the 2016 Olympics in Rio de Janeiro, in addition to participating in the construction of large Shopping Centers in several Brazilian cities.

The engineer was successfully recognized by the Order of Engineers of Québec (OIQ) in 2016. After two years working at a private steel structure company in Québec, he is now a structural engineer at the Québec Ministry of Transport (MTQ). A highlight for professionals who have managed to limit their territory in a male-dominated work environment, where only 14% of OIQ members are women.

The live will also feature the participation of civil engineer and Crea-PE president, Adriano Lucena. He will be a debater at Crea Convida this Tuesday (23). “This vacancy offer demonstrates the qualifications of Pernambuco and Brazilian engineers. Our techniques are state-of-the-art, our university forms excellent professionals. So much so that Canada, a first world country, is looking for our workforce. And this action opens not only space for professionals, but for the whole family. So that he could stay there, bond. This is a big recognition and opportunity”, said Adriano Lucena.

This will be Lucena’s second contact with Sarah Sanchez. That’s because, in June, he participated in a meeting with the president of Crea-PE, when he presented the intentions of Canada, Québec to be precise, to hire Brazilian professionals to work there. The Canadian province has job opportunities in several fields, apart from engineering.

Crea-PE is the first board in engineering on the agenda of the Quebec Office in São Paulo to forge partnerships that enable not only qualified workers with the potential to work in Quebec.

Among the attractions of working in Canada are the health care benefits, which are 100% funded by the government. The university is funded by the government, but fees are charged to students. Québec has the cheapest universities in Canada and the United States. There is a difference in fees between local and foreign students. However, as Sarah Sánchez informed during her visit, there will be a reduction in marks for foreign students starting next year for certain courses.

The deputy consul pointed out that engineers who go to work in Québec, for example, can take their spouses, children, who will be able to attend public schools, with the possibility of having an open work visa. The government pays for French language courses, which are already in Brazil, for those recruited and in the process of obtaining visas to move there. In Québec, immigrants can learn French for free, in addition to receiving an allowance of up to 200 Canadian dollars per week.

Engineering is a sector with many professional possibilities, with an emphasis on information technology. In fact, the labor shortage is huge in the country, which is why this campaign attracts professionals from various fields.

Québec has a population of over 8.5 million. It is the largest province in the country and the only one whose official language is French. It has a strong economy, where the unemployment rate is very low and the working environment is excellent. The latest projections predict that 1.5 million positions will be opened in the next five years and 20% of them will be filled by foreign talent.

For news about job vacancies in Canada for engineers, just follow Crea Convida on Tuesday (23), starting at 7pm. The event will take place virtually, with a live broadcast on Crea-PE TV, on YouTube. After Sarah Sanchez’s presentation, there will be room for questions from participants, which can be asked via YouTube chat.