The charm of Ahn Hyo Seop, the handsome boss in the Drakor Business Proposal, almost debuted as a GOT7 member 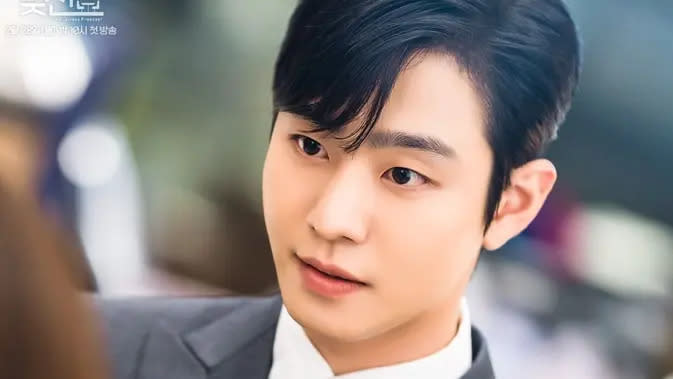 Talking about the figure of Ahn Hyo Seop, the man born in 1995 has been poor across the South Korean entertainment world. Interestingly, Ahn Hyo Seop turned out to have been a JYP Entertainment trainee and almost debuted as an idol in the group GOT7, but he later chose to become an actor.

Charm Ahn Hyo Seop As an actor, he has amazed many people, and here are a series of interesting facts from him.

RELATED: New Facts about BTS’ Suga Revealed on His Birthday, Including The Never-ending Mobile Memory

Ahn Hyo Seop and his family later migrated to Toronto, Canada when he was seven years old.

Then at the age of 17, Ahn Hyo Seop returned alone to Korea and continued his higher education and graduated from Kookmin University majoring in International Business.

In 2015 Ahn Hyo Seop had joined the One O One group launched by Starhouse Entertainment and in 2019 the group was disbanded.

In 2017 Ahn Hyo Seop’s popularity as an actor shot up after starring in Queen of The Ring and My Father is Strange.

Still 17, Abyss, Dr. Romantic, and Lovers of the Red Sky are a row of popular Korean drama titles that he has starred in.

In 2021 Ahn Hyo Seop with his co-star in the series Lovers of the Red Sky, Kim Yo Jung received the award as the best couple at the SBS Drama Awards.

Throughout his acting career, the 26-year-old actor has received eight prestigious awards.

In addition to being an actor, Ahn Hyo Seop is also pursuing a career as a presenter.