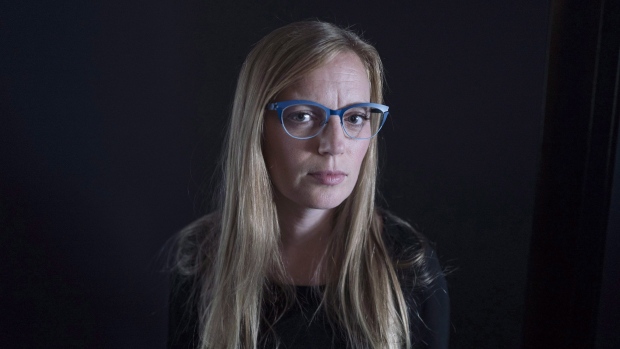 TORONTO – A New York Times feature on an upcoming book by Toronto filmmaker Sarah Polley says it includes allegations of decades of violent encounters between her and former CBC Radio host Jian Ghomeshi.

In an article published Thursday, the Times summarized part of Polley’s upcoming essay collection “Running into Danger,” and said the actress, screenwriter and director described an incident with Ghomeshi when she was 16 and he was 28.

Times reporter Dave Itzkoff focused on a chapter entitled “The Woman Who Remained Silent,” and recounted a passage that said Ghomeshi “became violent during a sexual encounter where he ignored her pleas to stop hurting her.”

The article said Ghomeshi did not respond to requests for comment sent to Roqe Media, where he is the host, CEO and executive producer of an online interview program focused on the Iranian diaspora.

The Canadian press also sent Ghomeshi a request for comment via Roqe Media on Friday, as well as lawyer Marie Henein who defended Ghomeshi against several sexual assault-related charges that led to his release in 2016. Both requests went unanswered on Friday afternoon.

A media representative for Polley’s publisher, Penguin Random House Canada, declined Friday to provide a review copy before next week and will not provide Polley for an interview on Friday. A previously scheduled interview with Polley is set for the end of next week.

Polley, 43, was quoted in a New York Times article as saying she felt a “deep ethical obligation” to tell the story.

The Times said Polley wrote in his essay that his friends and lawyers forbade him from coming forward because allegations against Ghomeshi began to surface in 2014 because his memory and sexual history could be questioned.

He wrote that he and Ghomeshi had exchanged humorous emails and engaged in friendly radio interviews in the years following the incident, the Times article said.

“Run Towards the Danger” is slated for release March 1.

This report by The Canadian Press was first published on February 18, 2022.